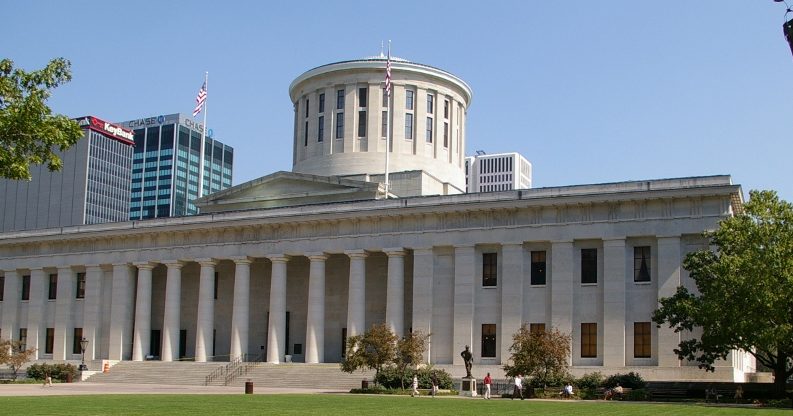 Ohio is shaping up to be one of the major battleground states for the daily fantasy sports industry next year, as a new piece of legislation has surfaced.

The legislation comes after a bill that would make DFS illegal was introduced earlier this year. An attorney general memo this year also did little to clear up the legality of DFS in the state.

Eight states passed DFS regulatory bills in 2016, with a renewed lobbying push from the industry expected across the country in the new year.

State Senator Dave Burke introduced an industry-friendly piece of legislation that would formally legalize and regulate DFS contests in the state.

$Our legislation creates state-level consumer protections for the growing number of Ohioans participating in these contests and achieves my goals for allowing Ohioans to continue to do so,” said Burke. “This provides common sense transparency and protections for consumers.”

“This legislation is the result of work completed by multiple stakeholders, including my colleague Senator Hite, the Ohio Attorney General’s office, the Casino Control Commission, industry and fans,” added Burke.

The new bill “affirms the legality of fantasy sports in Ohio” according to Burke’s office. At its core, it gives the Ohio Casino Control Commission the authority to regulate fantasy contests, while also exempting DFS contests from the state’s gambling code.

The bill would set up consumer protections that have become standard in other states, while also granting wide-ranging rule-making powers to the OCCC.

Companies wishing to offer DFS contests in the state would have to pay a licensing fee of $30,000. There is no direct tax on operators, such as DraftKings and FanDuel, should they choose to be licensed in Ohio.

Ohio has not been a flashpoint for DFS over the past year, but that seems poised to change with two competing pieces of legislation introduced.

The other bill, from Sen. Bill Coley, would seek to term DFS a “scheme of chance.” It would make illegal any contest that does not return 100 percent of entry fees to players in a contest. (DFS operators keep some amount of users’ entry fees, which is how they generate revenue.)

A memo from Attorney General Mike DeWine surfaced earlier this year as well. It said the state would be wise to look into clarifying the legal status of DFS. It is unclear whether DFS websites, as currently operating, violate R.C. Chapter 2915. Due to this lack of clarity, and the variety of laws DFS implicates, the General Assembly may want to address this issue.

Both bills would have to be reintroduced for the 2017 session of the legislature. When that happens, likely Ohio will be a focal point for the DFS industry in 2017.