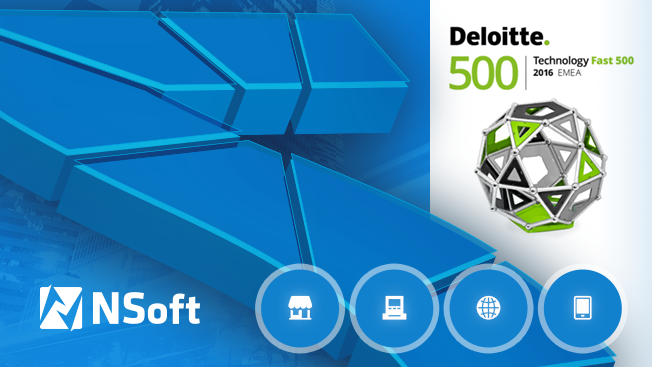 NSoft has once again been acknowledged for its business excellence. It hasn’t been that long since NSoft claimed fifth place in Deloitte’s competition of 50 fastest growing companies in Central Europe and now a new recognition has come.

In the 16th year of the Deloitte Technology Fast 500™ EMEA NSoft, as the only representative from Bosnia and Herzegovina has claimed high 55th place.

This is yet another proof that NSoft is on the right path and that its products are well recognized and accepted on the market. We are fully aware of the value of this great recognition for NSoft and at the same time we perceive it as a great encouragement and challenge to become even better and contribute even more to our community.