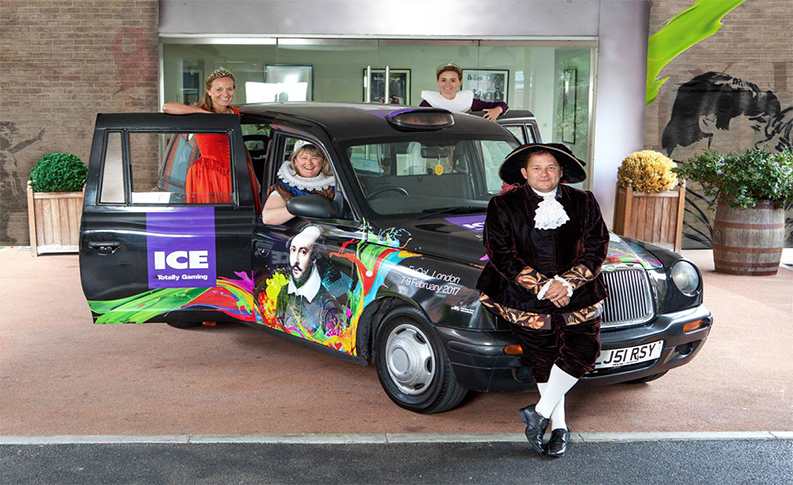 The World of theatre, Shakespeare themed, multi-media marketing campaign in support of ICE 2017 is proving effective with pre-registration figures showing a 6% uplift, year-on-year.

Senior Marketing Manager, Dan Stone, who has been responsible for implementing the campaign, confirmed the figures were ahead of where ICE was at the same stage last year.

He said: “Pre-registration figures serve as an indicator only. What it means is that we have more people considering coming to ICE than we had at this stage 12 months ago. The majority of our pre-reg will be committed, long-term supporters of the brand: the additional 6% will comprise people who are new to the ICE experience and some who are lapsed former visitors. The marketing team’s job in this last stage of the campaign is to focus energies on the new and lapsed segments with targeted messaging.”

The 2017 campaign developed by the ICE team has comprised 120 adverts run through 63 specialist B2B gaming media, extensive media relations and an engagement program with more than 200,000 individuals working for 55,000 companies. This has been supported by a dedicated social media and digital campaign comprising Twitter, LinkedIn, Facebook, advertising and targeted e-shots. Overall, the campaign has engaged with visitor targets in 190 countries.

With exhibitors drawn from 67 jurisdictions and sovereign states, ICE provides the most comprehensive shop window on world gaming and in 2016 attracted a record 28,487 visitors drawn from 150 nations.