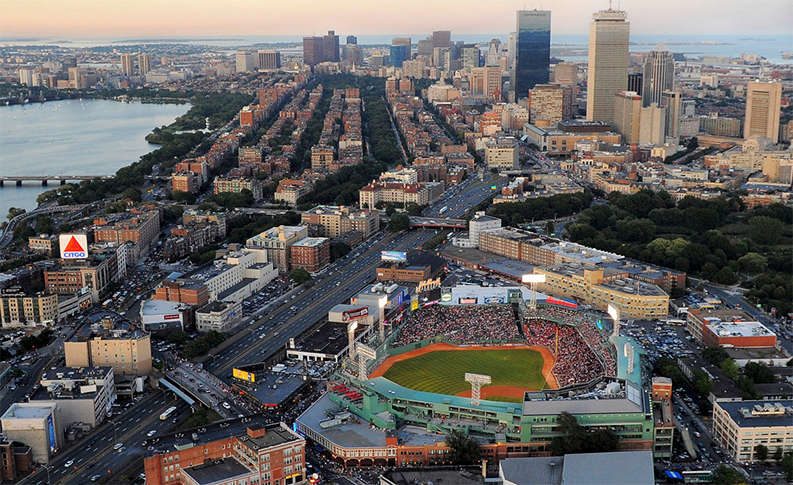 Online gambling could be coming to Massachusetts

Just two years after it’s first casino opened, Massachusetts is exploring a major expansion that would position it as one of only four states to allow online gambling.

The idea is preliminary, but some state officials say such a move could allow Massachusetts to tax and regulate legalised wagering sites and make the state a leader in the technology that supports the burgeoning online gambling industry.

Amid the growing popularity of daily fantasy sports, state lawmakers last year created a commission to conduct a comprehensive study of online gambling, seeking to keep pace with a rapidly shifting landscape. The online gaming world is evolving every day,” said state Senator Jennifer Flanagan, a Leominster Democrat and a member of the commission. “It’s constantly changing with new products and new technology.

We’re trying to stay on top of it. But it isn’t easy.”Legalising online gambling before other states could help Massachusetts become a leading producer of support software, she said. “I think there’s a lot of merit to the idea of encouraging developers to come to Massachusetts to create the next big thing,” she said. The Lottery must enter the 21st century, Treasurer Deb Goldberg said. Anti-gambling advocates reacted with anger.

At a recent State House hearing, Stephen Crosby, chairman of the Massachusetts Gaming Commission, concurred, saying online gambling technology “could become another modest but real economic engine” for the state, Massachusetts is not the only state exploring online gambling; so are Pennsylvania and New York, among others. But legalisation would be an involved process sure to face sharp opposition in some circles, from anti-gambling groups to the state’s three licensed casinos, who contend that they alone should be eligible to operate gambling websites in Massachusetts.

“We need to protect our businesses,” said Eric Schippers, senior vice president for public affairs for Penn National, which opened Plainridge Park Casino in Plainville in the summer of 2015. “We can’t have offshore operators coming in and poaching our business.”

Penn National, MGM Resorts, and Wynn Resorts paid a combined $195 million for their casino licenses, which they said should protect them from new competition.

“We paid dearly,” Schippers said. “And the limitation on the number of casinos was supposed to make us comfortable investing huge amounts of money. The state can’t now make a fundamental change in the deal we made.”

MGM’s $950 million casino in Springfield is slated to open late next year. Wynn Resorts’ $2.4 billion casino along the Mystic River in Everett is scheduled to open in 2019.

Marlene Warner, executive director of the Massachusetts Council on Compulsive Gambling, said her group is “highly concerned” about the prospect of legalising online gambling and believes the state should implement a range of consumer protections, such as preventing minors from betting and limiting binge betting.

While still largely illegal in the United States, online gambling is a vast industry, with an array of sites available to anyone with a computer and a credit card. Many US gamblers gravitate to websites based in Europe, where wagers on professional sports and virtual poker, slot machines, roulette, and blackjack are generally legal and widely accepted. There’s billions of dollars being gambled online now,” Crosby said. “The question is whether we in Massachusetts want to take it out of the shadows, regulate it, and take a piece of the action.”

Last year, Massachusetts lawmakers passed a bill to legalise and regulate daily fantasy sports, which supporters have distinguished from gambling as games of skill, not chance. That bill, however, also established the panel now studying facets of the online gambling industry, including consumer protections, taxation, and its potential as an economic catalyst.

The nine-member group consists of lawmakers, industry experts, and appointees of the governor, attorney general, and gaming commission. The commission, which has conducted several hearings on the topic, is expected to make recommendations this summer for potential legislation. It is not considering sports gambling.

For years, online gambling attracted little interest in the nation because of the Interstate Wire Act, a 1961 law that prohibits “transmission in interstate or foreign commerce of bets or wagers.”

But in 2011, the US Justice Department released a legal opinion that has been widely interpreted to allow online gambling, with the exception of sports betting. In 2013, Nevada became the first state to legalise online poker but only to players physically in the state. New Jersey and Delaware soon followed, offering a broader range of games.

“Our position is that it wouldn’t be fair to the casinos if we were to dramatically change the gambling economy without paying attention to the casino guys who are spending $4 billion in the state,” he said. But Flanagan said she’s not convinced that online gambling licenses should be restricted to the three casinos.

“The casinos absolutely have to protect their investment, and limiting online gambling to the existing casinos is worthy of exploring,” she said. “But there may be other possibilities, too.”

However the state might go about implementing such an expansion, some state officials believe online gambling represents not only the future, but the present.

“Whether online gaming will come to dominate the overall gaming industry remains to be seen, but it’s certainly a significant part of the industry,” Crosby said. “It’s already here.”