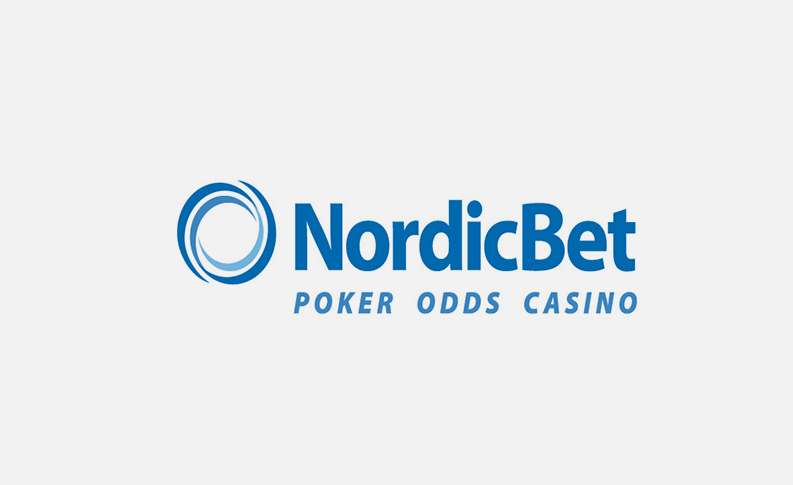 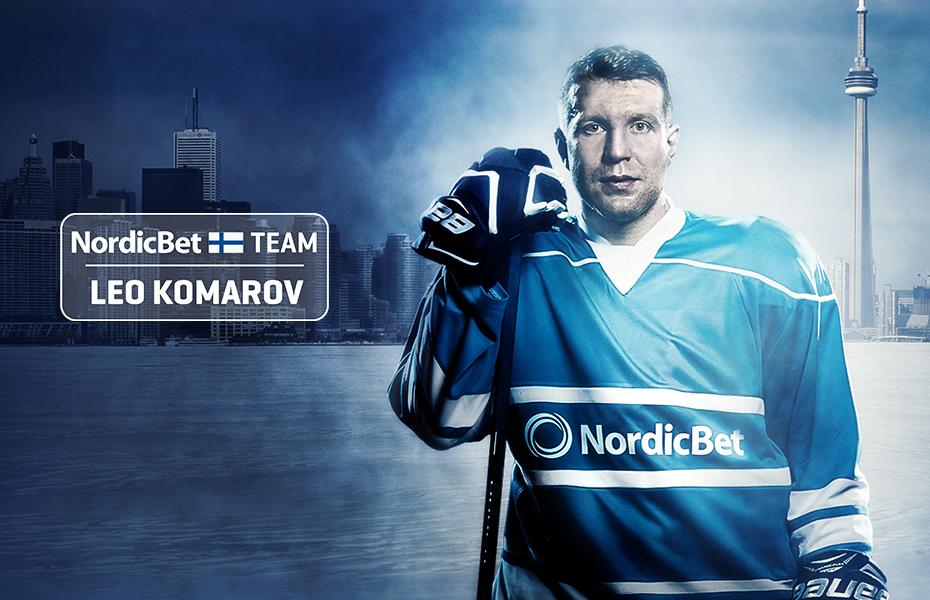 The whole team is excited about this cooperation! Leo is one of the most popular Finnish ice hockey players, and is well-known and respected by all hockey fans globally. Cooperation with Leo brings us a great opportunity to provide exclusive content from the heart of top level ice hockey, and at the same time we’re able to bring Leo closer to his fans via our global channels”, NordicBet’s Brand Manager, Jussi Nurmi said.

“I’m thrilled and honoured to start this cooperation. NordicBet is a strong, international and award-winning brand. I’m confident that I can help the company. I’m excited to be able to fulfil some of my dreams with NordicBet and can bring fans even closer to the NHL world in Toronto,” Komarov comments the cooperation.

KOMAROV AND NORDICBET – A MATCH MADE IN HEAVEN.

NordicBet is renowned, award-winning, international brand and the Home of Hockey. On the other hand,Komarov is extremely popular in the Nordics, Moscow and Canada. In an interview with Globe and Mail  former teammate, James Reimer described “Uncle Leo” as the most interesting person in the world.

“Komarov’s popularity, especially in Canada and the Nordics , opens NordicBet multiple new and interesting opportunities. When walking in Toronto with him you can sense people noticing him. It’s nice to see that he’s so approachable to the locals and they’re excited to talk to him. Leo is always positive and enjoys seeing the fans.

NordicBet is the Home of Hockey and I can’t think of a better Brand Ambassador for the brand than the assistant captain of the Toronto Maple Leafs,” Nurmi describes.

Toronto Maple Leafs stand a great chance of going to the Stanley Cup Playoffs for the second time after the lockdown season 2004-05. Is Komarov interested in playing in the World Championship tournament in Paris and Cologne?

“Hopefully we’ll have a long playoff run ahead of us with the Leafs. Youngsters on the team have played amazingly well this season and we’re really fighting for the playoff-spot. The fans are always fantastic here in Toronto, but they’ve been even louder this season.

I’ll focus on the Leafs this spring and won’t wear the National Team jersey on this tournament,” Komarov answers.

Komarov starts as NordicBet Global Brand Ambassador immediately and will give comments about NHL playoffs and World Championship after the season ends.

“I’m sure that people are interested to hear my thoughts and it’s going to be fun to interact with the fans. I also follow all-around sports and I’m looking forward to see NordicBet customers and fans after the season. Let’s not reveal yet where we are going, since hopefully there’s a long season still ahead of me”, Komarov adds with a smile.

Leo Komarov is one of the most popular Finnish Ice Hockey players. Komarov moved to Finland in 1991 from Estonia and started to play hockey at Munsala IK. He also played for Jeppis and Hermes before moving to Vaasan Sport as a junior.

Komarov has also represented Ässät, Pori and Pelicans, Lahti in Finland and Dinamo Moscow before the Maple Leafs career. He is currently on his fourth season with the Leafs and an assistant captain of the team for the second season.

In the national team, Komarov has played from the season 2008. The famous number 71 has represented Finland in 7 World Championship Games, once in Olympics and last September in the World Cup of Hockey.