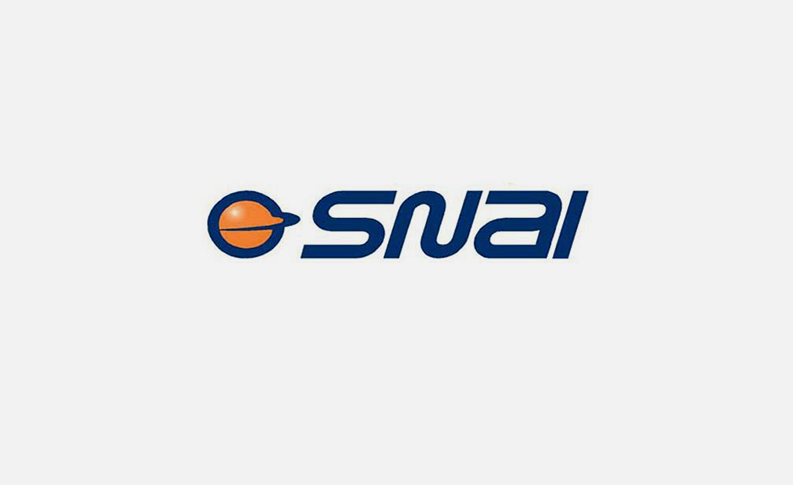 Revenues for € 898 million, EBITDA of 128.3 million euro, an EBIT of 50.7 million and a net loss of 17.0 million euro. They are the main data emerging from the consolidated financial statements for 2016 of Snaitech Group , approved by the Board of Directors on April 11. The income statement for the year ended December 31, 2015 includes the consolidation of Cogemat group since November.The Snaitech business during 2016 was characterized by a  total premium income rising to 10.535 million of euro , with particularly positive dynamics seen in sports betting and online games ; integration processing using Cogemat Group; implementation of the action of containment of operating costs due to the integration with the Cogemat group; complete re-opening and store management Network Italian SNAI ( “SRI”), acquired from SIS and Finscom, and starting the process of outsourcing the same stores; increase in events offered through complementary programming and live events listed; start of the project to the technological restyling of betting shops; use of new and more effective communication campaigns to acquire customers online.

REVENUES – Total revenue of the Group show an increase of 42.2 percent, from 632 million euro in 2015 to 898 million euro in the same period of 2016 mainly due to the integration of Cogemat Group and, secondly, the reopening of Sri sales points, the presence in the summer schedule of the matches of the European Football Championships, in addition to the positive trend recorded from sports betting (although a payout higher than the figure reported in 2015) and online games.

MARGIN, NET INCOME AND NFP – As a result of the increase in revenues and thanks to a strong operating performance, EBITDA (which is represented in the Group’s net revenues and non-recurring costs) in 2016 rose to 128, 3 million euro against 85.5 million euro in 2015 with a 50.0 percent growth . This increase is mainly due to the consolidation for all twelve months of Cogemat Group, as well as the positive results recorded from sports betting, from online games and from amusement machines and the accounting of synergies arising from this integration.

It is emphasized that the High Yield bond refinancing operation expiring in 2018, took place in October 2016, it resulted in the recognition of non-recurring charges of approximately EUR 31.7 million, related to amortizing the costs refunded bonds and the associated cost exercise of the call for the recall of the same bond. The new bonds issued have a maturity of November 2021 and have an interest costs considerably lower than repaid bonds (about 17 million saving on the expected financial expenses in 2017)
Income taxes are positive for 18.7 million euro, due to the provision of approximately 29 million euro of deferred tax assets on tax loss. The budgeting is based on the increased prospects of their use credits as a result of the

improved profitability of the Group and the expected benefits from the operation of refinancing. The net loss for the year 2016, influenced by non-recurring items (assets and liabilities) above, amounts to 17 million euro, a significant improvement compared to the loss of 54.2 million euro of 2015. Net debt equity at December 31, 2016 amounted to 480.9 million euro, compared with 467.6 million euro at 31 December 2015. the increase of 13.3 million euro is mainly due to the refinancing operation mentioned above and disbursements for the completion of the acquisition of the activities formerly Sis.

COLLECTION AND INCOME – In 2016, the Group’s total deposits amounted to 10.5 billion euro, up 3.3 percent from € 10.2 billion achieved in 2015 .
In the sector of Gaming Machines, Snaitech is the second most important market operator with a market share of 15.0 percent. The Group, at 31 December 2016, is in charge of 59,935 AWP clearance operation, located in approximately 14,947 exercises on the territory, and holds 10,278 for the exercise of rights by collecting VLTs of which 10,023 installed on premises 1,274.
The volumes of the collection Gaming Machines are overall in line with those of the previous year , rising from 7.473 million euro to 7.476 billion euro. Excellent results VLT (+4.3 percent with 3.56 billion euro in 2016 against 3.412 billion euro in 2015), declining, however the collection of AWP (-3.6 percent: with € 3,916 million in 2016 against 4,060 eurodel million euro the previous year) due mainly to the Preu and the simultaneous reduction in refund levels to players.

BETTING THE PHYSICAL – The acceptance network of Snaitech sports betting is characterized by the widespread distribution on Italian territory and consists of 1,606 managed game points.

In 2016 Snaitech confirms the Body Betting market leader with a total market share of 24.0 percent . In particular, Snaitech appears to be the market leader on the three areas that make up the segment of the Betting Body: has a market share of 21.3 percent in sports betting, by 39.6 percent in the segment of games based horseracing and 25, 2 percent betting on virtual events.
In bought sports betting, total deposits Snaitech in 2016 recorded a 19.8 percent increase from 612 million euro in 2015, 732 million euro in 2016 . The increase is mainly due to the reactivation of Sri sales points, with increased provision for product and the presence in the summer schedule by the European Football Championships and the Olympic Games in Rio.
In 2016, at an altitude of fixed sports bets on the physical channel recorded a payout of 83.5 percent compared to 81.1 percent in 2015.
The betting at horse racing done on the physical network were, in 2016, 213 million the euro, a decrease of 1.4 percent compared to 2015.
the collection of bets on virtual events amounted to 277 million euro, down 3.5 percent compared to 2015.

The ONLINE – The Group in the online segment, represented by betting and games (bingo, games in tournament mode and cash cards, casino games and online slots), collected during the 2016 1,243 million euro against 1,001 million of euro of pro forma 2015 (+24.1 percent).

The growth of the collection , both in the betting sector (+40.6 percent) and in that of games (+19.2 percent), is mainly attributable to expansion of the offered and cross-selling activity on the range of products physical channel. The market share of this segment, while in the presence of a growing competitive pressure, is stably equal to 6.1 percent.

THE COMPARISON BETWEEN THE ECONOMIC INDICATORS – The comparison between the 2016 and 2015 pro-forma shows a decrease in revenues of 10.2 percent, mainly due to the increase of the Preu for Awp and VLT , partially offset by increasing revenues sports betting, both on the physical channel and on that online, and online games.

EBITDA for 2016 amounted to 128.3 million euro, an increase of 12 percent compared to the pro forma 2015: this result is attributable to the positive results recorded from sports betting, from online games, and the units to be entertainment and the accounting of synergies arising from the Cogemat Group.
The pre-tax result in 2016 shows, despite the costs related to the refinancing of bonds, provisions for restructuring costs and extraordinary income recorded in 2015 for the Barcrest transaction, an improvement of 13.2 percent compared to 2015.
The net loss for the year 2016 amounted to 17 million euro, down sharply compared to the 52 million euro of 2015, thanks to the recognition of deferred tax on tax loss credits.

SNAITECH, RESULTS 2016 – The parent company Snaitech SpA generated revenues totaling 881.2 million euro (including the effect of the merger with the Cogemat group), in increase of 66.2 percent from 530.2 million.