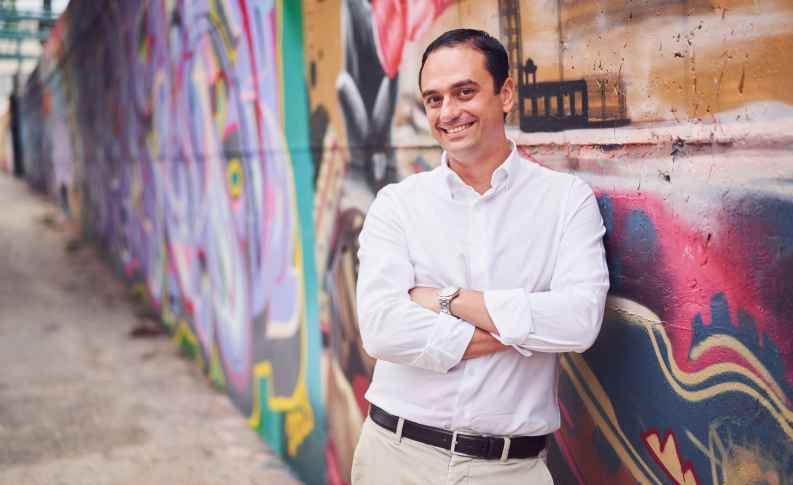 Right now, lottery is in the midst of a fascinating and exciting renaissance that only a few forward-thinkers would have predicted. Richard Mifsud, CEO of Malta-based lottery provider Helio Gaming, discusses innovation, social responsibility, and where he sees the vertical heading next.

How has innovation in lottery changed over recent years?

While lottery has always been one of the world’s most popular forms of wagering, there was a time when the game was thought of as having plateaued. Industries, especially ones as perennially popular as lottery, occasionally became so big as to neglect innovation due to their seemingly unbridled success.

Lotteries were mainly controlled by a small number of brands, many state-run. Lottery draws tended to remain fixed and evenly spaced over the course of a week and with its rock-solid popularity there was no real need to change this one size fits all model.

There were, however, some innovators that were hungry for access to the market. It’s those that have reinvigorated the lottery market, creating what we see today. Innovation in lottery is alive and well. There is no time for companies, state-run or otherwise, to be complacent, as more and more customers are demanding better tailormade products and companies are seeing the benefit in appealing to the next generation of players.

What innovations have had the biggest impact on lottery?

The emergence of betting on lotteries has really opened up the playing field for competition. Players are no longer content with standard offerings and want far more flexibility and accessibility. In a short time period, lottery has seen the evolution in other gaming verticals, such as sportsbook and casino, and recognised the need to change. Gone are the days of waiting for weekly draws; players want their games tailored specifically to their own needs.

Lottery boasts an enviably high level of player loyalty compared to other verticals, with an industry average of around nine months and the global appeal of the lottery has always been its simplicity. Its heritage can be traced back to medieval times and the game itself has barely changed. What has evolved is how it’s delivered to market and the vast array of opportunities that come as a by-product of such innovations. With our collecetion of Hero games, we now have draws every hour, 24 hours a day, 365 days a year that are attractive to a younger, more mobile-orientated audience, who love the idea of a spin and win wager that offers the chance of a life-changing jackpot. This is a huge leap from the previous notion of lottery. The market is primed for ideas and the sector is all the more interesting for it.

With constant media scrutiny on the industry, how can companies lead by example?

Historically, lotteries have always been a way to raise money for good causes, and at Helio Gaming we have adopted a similar approach. Our Lotto Hero game shows that innovation does not begin and end with gameplay. The game is designed to change players’ lives from ordinary to extraordinary. We realised that winning a life-changing jackpot often prompts winners to seek out a suitable charity or charities to support. As a result, we’ve set up our Charity Hero program so they can donate part of their winnings to charities chosen by operators, should they choose. We also donate 1% of the proceeds from the game to good causes.

Earnings out of lottery support education, sports and cultural projects and we’ve found this charitable aspect strongly resonates in the emerging market countries. People are now playing lottery not just for their own pleasure, but with the knowledge they are also supporting worthy causes.

You mention emerging markets. Where do you feel are the most fertile markets at the moment?

There is a case to be made that almost everywhere is a potential market, but I’ve seen the most movement in Asia and Africa. With many areas embracing regulation, players in these regions are calling out for better products and more opportunities and there is genuine potential for growth in these countries.

In Africa, for example, we’ve been very active in a number of different countries. We already have clients live across the continent, but there are a number of other operators in countries who could really benefit from modern lottery products. It boasts multiple markets rich in potential that are perfect candidates to welcome a scalable, highly configurable lottery offering.

Lottery, as a vertical, holds a crucial advantage in relation to developing in emerging markets: it knows no boundaries. Asia, Latin America and Africa in particular offer great opportunities for operators providing modern, lottery content. We are tapping into that potential in a big way and it will be fascinating to witness the market develop over the coming months and years.

Digitain: Ahead of the game