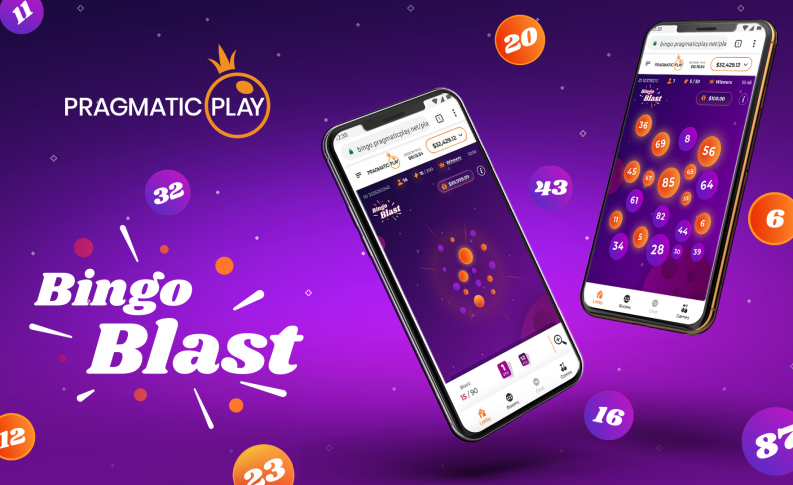 Pragmatic Play Bingo innovation is having a blast

5 Star spoke to Claire McDaid, Vice-President of Bingo at Pragmatic Play, about bingo’s popularity, the company’s classic bingo offering, and how the change in demand to users playing on-the-go has led to its latest innovative creation, Bingo Blast.

From its roots in 16th century Italy to its ever-growing global popularity, bingo has always been a mainstay of the gambling sector. And while the game itself may not have changed too much over time, the evolution of technology has led to a boundless expansion of the game and the methods and devices on which it’s played.

The iGaming sector is a hugely competitive arena, where companies need to be inventive to stand out from the crowd. Players are now inundated to the point of saturation with the plethora of iGaming options. From slots to lotteries and live casino to bingo, its innovation and a clarity in market awareness help attract and retain the attention of players in a busy sector – a gameplan that can be hugely rewarding for those suppliers who can rise to the challenge of developing new and enthralling products.

While the popularity of bingo has always remained prevalent across the industry, for some companies, their focus on the latest technologies and other, newer product development, saw their bingo offering placed somewhat on the backburner. But there has always been a vast audience who enjoyed playing bingo – there always has been, and likely always will be. Bingo was originally a game based around collectivism: a game which everyone could play.

Its accessibility to people was the key to its global popularity. Those with little knowledge of bingo can pick up the game incredibly quickly with remarkable ease. Unlike many other games, such as certain skilled card games where the rules to follow can be extensive; or some slot games – where the combination of paylines and bonus features can sometimes be a touch daunting to novice players, bingo’s greatest attribute is its simplicity.

Our bingo product has been hugely popular since we brought it to market and once again, just like the game itself, the simplicity of our product was the key to its success. Casinos are provided with every tool necessary to deliver the top tier gaming experience expected from our brand. It aims to take the popularity of the bingo experience and add to it our Pragmatic Play stamp. The back-office tool is intuitive for both scheduling and analytics. It promotes user interaction through an in-game lobby on both mobile and desktop, alongside a fresh, easy-to-navigate user interface. Its aim is not just to attract players but to ultimately, retain them. Available through a single API, operators receive seamless access to a simple and customisable offering proven to extend the dwell-time of players.

The way consumers are playing bingo has also been evolving. The latest technological advancements are altering the world of iGaming dramatically, and their massive influence on the sector has by no means bypassed the bingo vertical.

Similar to slots and live casino, research is telling us that players are now demanding a new level of cutting-edge, personalised experience. One where they can enjoy bingo when and wherever they choose with more and more players now playing on-the-go. While this is a fantastic way of drumming up excitement, with players wanting to play on-the-run demanding quick and simple gamification, we choose to innovate.