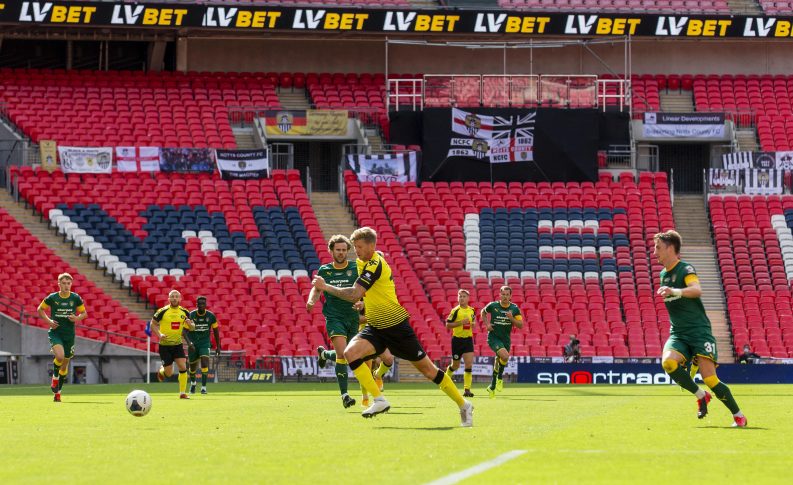 LV BET has renewed its official partnership with the Vanarama National League, the fifth tier of English football, until the end of the 2020-21 season.

As the Official Betting Partner, LV BET will continue to interact with fans of all teams in the Vanarama National League, North and South divisions, as well as run engaging video content featuring managers of the teams to promote responsible gambling and mental health awareness.

Michael Tattersall, CEO of The National League, said: “The National League is pleased to extend its successful partnership with LV BET, who will sponsor the 2020-21 campaign whilst promoting responsible gambling. We are grateful to LV BET for demonstrating loyalty to the National League competition as they expand their presence in the UK market.”

Adrian Sidowski, CEO of LV BET, said: “We’re excited to continue our support of the Vanarama National League for a second season. The partnership enables us to grow our visibility in the UK and reach a wide audience of UK football fans who follow their local teams. Through smart promotions and competitions, we will maintain a strong connection with fans, bringing them closer to the action.”

LV BET has established a significant presence in sport through several strategic partnerships as the operator has continued to expand with licences recently secured in the Republic of Ireland and Latvia.