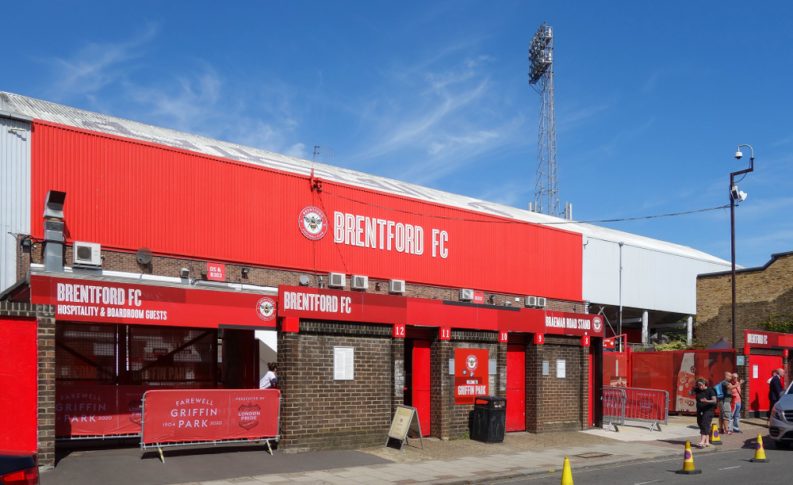 Brentford Football Club has signed a two-year deal with Hollywoodbets, that will see the community-focused company become its Official Betting Partner.

Hollywoodbets’ logo will appear on the back of all Official Umbro home, away and third shirts worn by The Bees’ First Team and B Team players and Women’s squads.

From a single betting shop in South Africa two decades ago, to the largest bookmaker in that country with 85 shops and its recently launched United Kingdom and Irish online sites, Hollywoodbets Sportsbook and Casino has grown both at home and in bringing its unique brand to the global market.

With an extensive Sportsbook offering utilising the newest technology, the best partners and the years of experience possessed by its team – Hollywoodbets aims to bring a personalised entertainment experience to its international customers.

In South Africa, the yellow star and the purple background has a brand identity synonymous with the pride of the nation. Involved in initiatives from grassroots up to national campaigns, Hollywoodbets endeavours to remain involved in its communities. Bringing this across to the international brand, Hollywoodbets’ first endeavour was a sponsorship of Dundalk Stadium in Ireland.

James Parkinson, Commercial Director at Brentford Football Club, said: “Hollywoodbets plays a significant role in its communities, both in South Africa and abroad. Working with our award-winning Community Sports Trust, Brentford Football Club has always been at the heart of its local community, so we look forward to a partnership with Hollywoodbets that shows a great deal of local involvement. This partnership will provide both brands with exposure in different markets.”

Devin Heffer, Hollywoodbets Brand and Communications Manager added: “Hollywoodbets is proud to be announced as the Official Betting Partner of Brentford Football Club. This is Hollywoodbets’ first step into football sponsorship in the United Kingdom, which coincides with the opening of our online operations in the UK and Ireland.

“South Africa is a football-crazy nation. This passion is not confined to the local scene. Nearly every single South African football fan has his or her favourite team(s) in the English football leagues. We believe that having a Championship team associated with a local brand will generate greater interest and The Bees can expect an enhanced fan base from the Rainbow Nation.