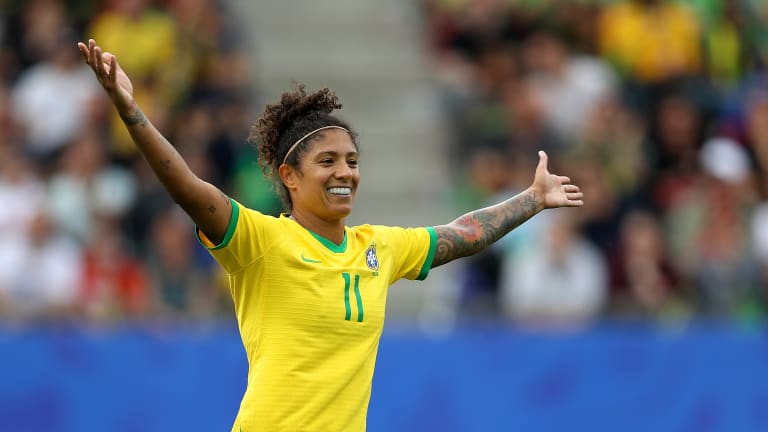 Betmotion has a deep passion for Latin American sports and is proud to welcome Cristiane to its star stable of sponsored athletes. The 35-year-old footballer is one of the leading lights in the sport with two Olympic medals and two other gold medals in Pan American Games.

Cristiane has dedicated more than 20 years of her life to football. During her playing career she has become the greatest Olympic scorer of all time and has played in five World Cups.

The initial one-year deal with the striker guarantees the license to use the athlete’s image on existing or future Betmotion products, as well as content on Cristiane’s Instagram.

Previously Betmotion agreed a deal with Fernando Scherer, a Brazilian swimming hero, World Champion and Olympic medalist. Strong growth has established Betmotion as a leading player in the iGaming market and the company’s expansion strategy will receive a huge lift from this deal with Cristiane.

Betmotion.com’s Brazilian Manager Angelo Alberoni said: “Cristiane is a star and has won it all at the highest level in the women’s game, we couldn’t be happier to welcome her to the Betmotion team. Her success and values align perfectly with Betmotion’s position in the market and we’re excited about our partnership.”

Betmotion constantly bets and trusts in Latin American athletes and is proud to sponsor more and more athletes that exalt the commitment, responsibility and love of sports. Most recently Betmotion agreed to sponsor Brazil’s National Basketball League for the 2020-21 season.