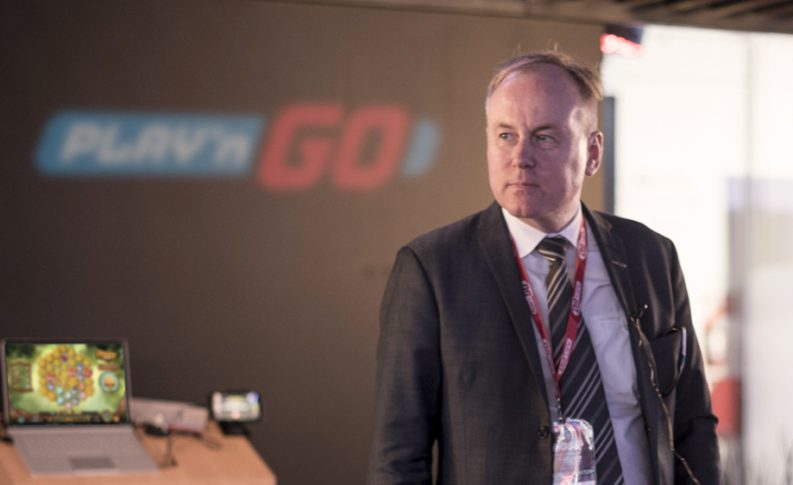 5 Star chats to Magnus Olsson, Head of Sales and Account Management at Play’n GO to find out more about the company’s latest launches and the journey to 52 games.

The plan to release 52 games for this year is going exactly according to plan. Just as with our 40 game release last year, we did not pick the number 52 randomly. We looked at where we are as a company, what our capabilities were and set ourselves a target of increasing our output without sacrificing quality.

In all honesty, we could probably put out at least twice as many games in a calendar year, but that would require sacrificing quality, innovation and creativity. We don’t want to make this a production line churning out title after title and hoping something sticks; we want to give as much as we can, as well as we can, and that’s what we’re doing.

We began the year strongly with the release of Legacy of Dead and the rest of the year has gone off without a hitch. Not only have we upped our output but we have added a lot more value into the market with some really top-performing titles including Riches of Robin, Rich Wilde and the Shield of Athena and our more recent slot Diamond Vortex.

One of the main benefits of these 52 releases is that it allows us to provide more variety to our operators and to the market, while still giving them the level of quality and ingenuity that is expected from us as a company. From introducing new characters like Cat Wilde to experimenting with new ways to play with games like Charlie Chance in Hell to Pay and Riddle Reels: A Case of Riches; this year has been a strong year for Play’n GO content.

But, it’s not only what we’re releasing, but it’s also the market reaction to it as well. So many titles have performed so well upon release and are really capturing player’s imaginations. We see games like Gold Volcano and Feline Fury becoming firm favourites of Twitchers and other streamers online. This is becoming an important metric in the modern landscape; these guys are expert players, and they know what makes a good game. If they like a game, it’s a good indicator that the rest of the market is going to enjoy it too.

What games will be released in October? Any highly awaited games?

We’re releasing a little title called Reactoonz 2! The market has been calling for a follow up to Reactoonz for a long time, but we had to make sure that we made a worthy successor to the original.

We’re very proud of the work with done on the title. It’s a fine line where you don’t want to change the things that people loved about the original, but you also don’t want to tread old ground and offer nothing new to the audience. We feel we’ve struck a perfect balance to give the fans all the things they enjoyed before while adding something new to the experience.

But that’s just the start of it, as with every month so far this year we have several great titles coming into the market. After Reactoonz we have Rabbithole Riches, a delightful slot adventure inspired by the classic tale of Alice in Wonderland, and featuring some of the most beloved characters from that story, and lots of fantastic features based around them.

We also have a fun Halloween slot coming to celebrate the festivities that happen around this time of year, so there’s also that to look forward to.

Plus we have one or two others in the pipeline, but we don’t want to give too much away you’ll just have to wait and see what we have in store!

What is so special about Reactoonz 2? what do people like about the game?

We feel there are a number of reasons that have led to the original Reactoonz being such a popular game with players for so long.

The first of these is the format; after releasing Gemix and Viking Runecraft, we really popularised the cascading grid format with players. So the idea was that we wanted to give them more of what they enjoy, but we didn’t want to retread old ground, it had to be completely different from what had gone before.

That leads us to the second factor, which is the concept of the game. We needed something new, something very different from previous titles to expand player choice and give that new experience people are looking for. After a lot of deliberation and going through several ideas, Reactoonz was born! Of course, that was only the initial idea, and there was still a lot of development to do, but we had the basis of what would become a great game.

Finally, it’s the gameplay itself. There’s so much to delight in, with all the features to experience, a whole host of cute, crazy characters to enjoy coupled with visuals and music; it creates something great for players to enjoy.

What do other game about to be released bring to the table for the end-user?

First and foremost, everything we bring to the table brings quality to the end-user. We provide our operating partners with nothing but the best to protect their market share and their relationship with their players. Putting out a bad game doesn’t just hurt a supplier’s name, it also hurts the brand of the operators that have decided to carry that game, and that’s not acceptable. So, no matter what, we ensure quality runs through all of our releases.

Players will also be getting variety from these releases. We have five titles for release, and each one of them is unique from the next, no two are alike in theme or features. That’s five brand new titles for them to test, enjoy and find their favourite; and that’s part of the fun!

Finally, of course, they’re going to get great entertainment. Each game has it’s own theme, a strong narrative and the gameplay is built around this. The symbols, features, music, graphics, we create every single part of the game to mesh together in synergy and give them a complete session for them to delight in.

At the end of the day, the player enjoying a game is the most important thing, and they always have to be at the forefront of our mind when we are developing our titles. If they don’t like a game, then everything else falls apart; once you make sure the players are catered to, everything else will fall into place.

Quite simply, MORE. In 2019 we took things to a whole new level and then, in 2020, we promised to do more than that, and by the end of the year, we will have kept our word.

This will all be infused with more quality. It may seem like we talk about quality frequently but that’s because it’s so important. No matter what you do, how revolutionary or innovative you are, without a quality product, sooner or later you will fail, so it has to be the cornerstone of your operation.

The Art of Conversation

How to Become an eSports Expert