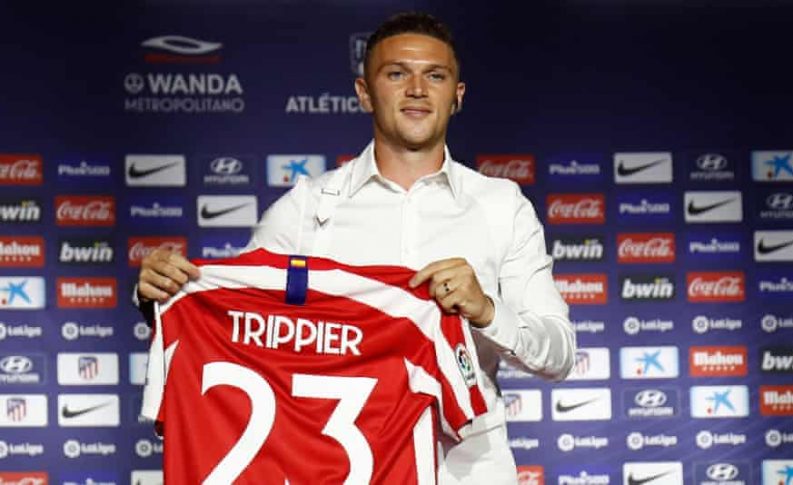 Atletico Madrid defender Kieran Trippier was handed a 10-week ban by the England Football Association (FA) after being proven guilty of having breached betting rules.

The breach was reported when the defender left Tottenham Hotspur to join Atletico Madrid in July 2019, with the fine also accompanied with a hefty fine. Now, the exact WhatsApp conservation has been revealed by the FA, in which he suggests a friend to ‘lump on.’

Trippier was found guilty of providing information on his move to Atletico Madrid to the bettors, following which a 10-week ban, apart from a £70,000 fine was imposed. However, four other charges, including betting charges have been dropped. He has also not been accused of benefitting from betting.

In one of the conversations as released by the FA, Trippier is seen speaking with a friend named Matthew Brady. The chat suggests that the defender has encouraged Brady to gamble on his move, but the FA concedes that he could not have “instructed, permitted, caused or enabled MB to bet.” In a subsequent message, Brady informed Trippier of his inability to bet on the same.

Hawley placed a total bet of £1,189.90 and is described as a ‘prolific gambler’ in the chats, while also winning £2,332.90. The FA accepted that Trippier had no knowledge of Howley’s bets and “there was no point in time at which it would be proper to impute to KT (Kieran Trippier) knowledge of such betting.”