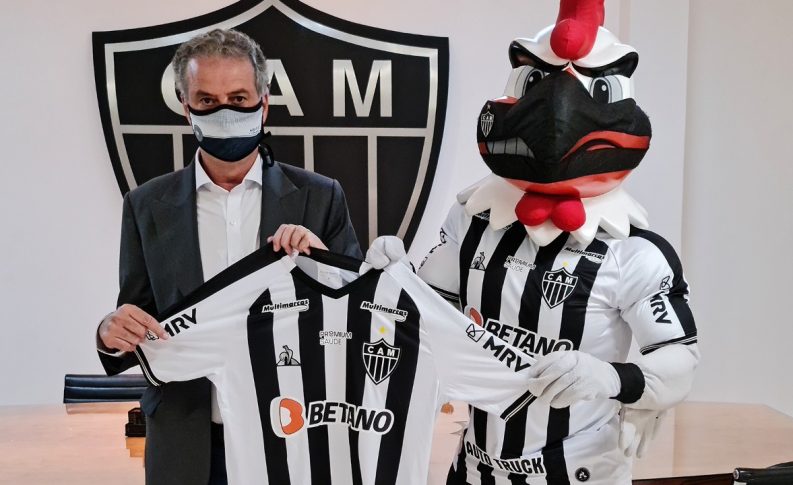 Atlético-MG have announced that Betano, the Greek online betting company, will be the new master sponsor of Galo for 2021.

Betano has a large sponsorship presence in all markets where it operates and is also a partner of several football teams in Europe, such as SC Braga and CS Marítimo, in Portugal, Universitatea Craiova and FSCB, in Romania, Olympiacos FC and PAOK FC, in Greece, and Apollon Limassol and Pafos, in Cyprus, as well as Olympic champion athletes and the International Olympic Academy.

Atlético’s President Sérgio Batista Coelho highlights the importance of the agreement. “We are pleased to be the first Brazilian organization to partner with BETANO, a leading brand in the markets in which it operates and which presents a continuous search for excellence, a value we share.

We are looking forward to creating unique experiences for our fans, especially as the time approaches for our new stadium, the MRV Arena ”, comments the athletic president.

Panos Konstantopoulos, CMO at Betano, notes that the partnership with Galo represents a milestone in the brand’s journey: “It is our first sponsorship outside Europe, a clear illustration of the ambitions we have for Betano in Brazil.

It is an honor to be part of this traditional and winning club, champion of America. We are looking forward to working with the team and delivering successful sponsorship, as well as finding ways to improve our social responsibility plan in Brazil, ”