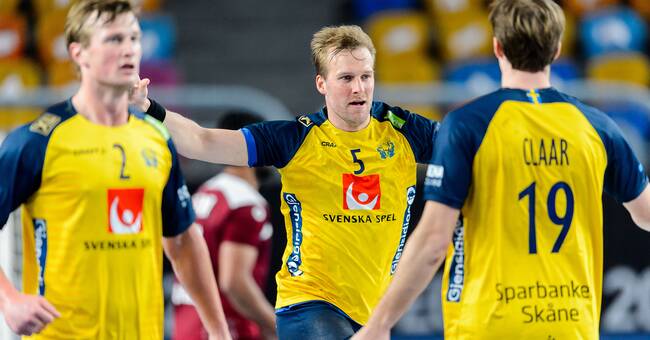 Svenska Spel and the Swedish Football Association strengthen the collaboration to continue developing the Swedish Cup for both men and women.

The Swedish Cup involves most of Swedish football and as Sweden’s largest sports sponsor, from grassroots to elite, it is obvious that we want to be involved and make it possible, says Patrik Hofbauer, President and CEO of Svenska Spel.

The Swedish Cup has been arranged for the men since 1941 and for the women since 1981. Two weeks ago, BK Häcken was able to lift the cup dent at home at Bravida Arena after defeating Eskilstuna United 3-0 in the women’s Swedish Cup final. And this weekend, the Swedish Cup will be decided on the men’s side when Hammarby and Häcken settle for the title of cup champion of the year – for the winner then awaits qualifiers for the UEFA Europa League.

Taking home the Swedish Cup not only means honor and fame, it is also a way out in Europe – which gives another dimension to the entire tournament, says Håkan Sjöstrand, general secretary of the Swedish Football Association.

With its approximately 1.2 million players, football is an important force in society. The support and commitment from Svenska Spel to the Swedish Football Association gives football an even greater opportunity to contribute to a better society.

The collaboration around the Swedish Cup will contribute to and draw attention to the non-profit forces that make a big difference in football Sweden. For example, Svenska Spel donates match tickets to projects that promote integration and friendship by making football available to more people.

We want to be involved and make a difference both on and off the football field. Through our commitment and collaboration with the Swedish Football Association around the Swedish Cup, we have the opportunity to contribute in different ways to and draw attention to local projects and the fantastic non-profit involvement in the football movement. For example, through different types of ticket activities that give more children and young people the chance to see their football idols, says Patrik Hofbauer, President and CEO of Svenska Spel.

The agreement runs over two years with the possibility of a one-year extension.