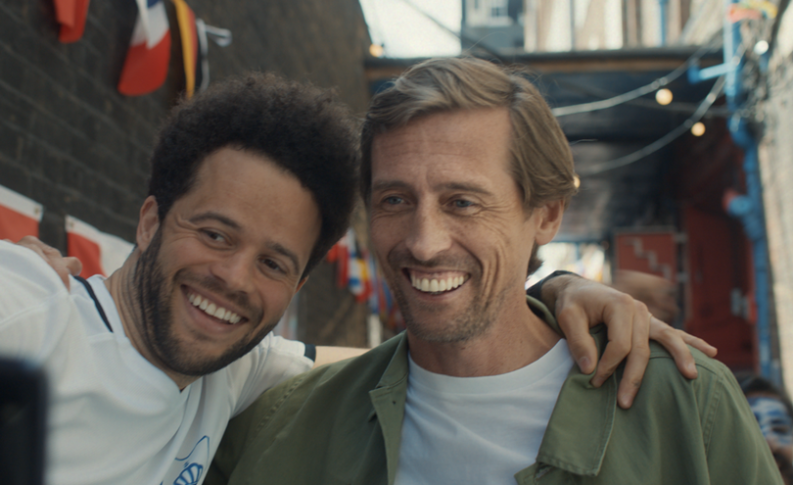 Peter Crouch is back staring in the latest Paddy Power TV advert, which sees the former England striker show off his German skills and get called a ‘beanpole’ by an unhappy football fan.

The ad – which kicks off Paddy Power’s EURO 2020 ‘Switch for Better’ campaign – opens with Crouch letting his wife, Abbey Clancy, know that he can’t walk the dog because he’s watching the game.

There’s even a reference to upgrading as he walks past Declan’s Bar, which may or may not be linked to the switched national allegiance of a certain West Ham midfielder…

And, to really drive home the messaging around switching teams, he wraps a German fan in an England flag, before uttering “Es kommt nach Hause” – German for “It’s coming home”.

Celebrating with a crowd of England supporters, the final message from the former Liverpool and Tottenham man is that “If the grass looks greener… go and play on it”.

A Paddy Power spokesman said: “Peter Crouch is always a joy to work with, and we can’t be too surprised that a bicycle-kicking, robot-dancing star is a natural in front of the camera. He might just be a better actor than footballer, you know.