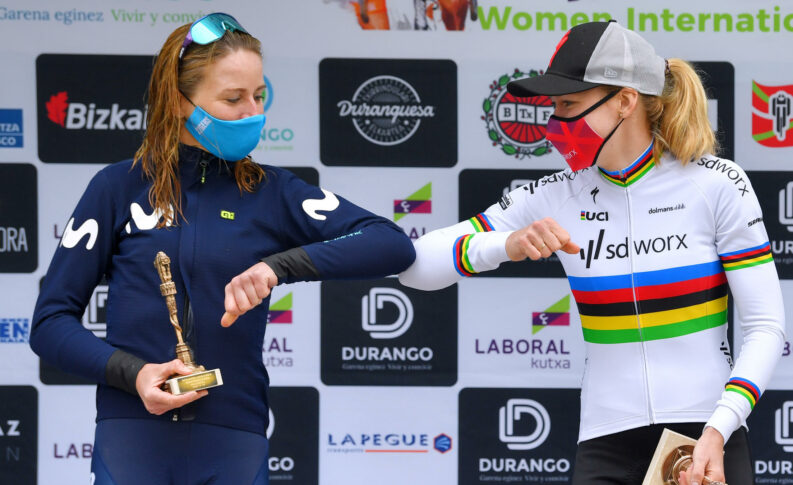 FDJ will be a Major Partner of the “Tour de France Women with Zwift” for three editions, from 2022, alongside Amaury Sport Organization (ASO).

This competition, the first edition of which will begin on July 24, 2022, will help promote women’s cycling to the general public. The Group is thus continuing its commitment to women’s sport.

A historical player in French cycling, FDJ has been a sponsor since 2017 of the FDJ – Nouvelle-Aquitaine – Futuroscope women’s cycling team, led by Stephen Delcourt. FDJ renewed its commitment to the team for three years in 2020, with increased financial resources which enabled the team to access the international UCI World Tour circuit. Thanks to this support, the entire cycling workforce has been able to be employed and international-level cyclists, such as the leader Cécilie Uttrup Ludwig, have been recruited.

Very active in promoting the discipline, the FDJ group has always supported the development of women’s races in France. For six years, FDJ has sponsored “La Course by le Tour avec FDJ”. Thanks to its leaders Cecilie Uttrup Ludwig or Evita Music, the FDJ – Nouvelle-Aquitaine – Futuroscope team has great ambitions for the last edition of this race, which will be held on June 26th. FDJ is also “Official Partner” of the first “Paris-Roubaix Women” cycling race, which will be held on October 2, 2021.

For Stéphane Pallez, CEO of the FDJ group: “  We have been campaigning for many years for the creation of this event. It was therefore natural that we should be a major partner. We have always wanted to contribute to the development of French races to offer greater visibility to the discipline and promote the practice of all. We were among the first sponsors of “La Course by le Tour” and FDJ will be a partner of the first Paris-Roubaix Femmes. Likewise, I am delighted that our women’s cycling team is now professional and that it can play a leading role in all these events. “

For Stéphen Delcourt, general manager of the FDJ – Nouvelle-Aquitaine – Futuroscope team : “Women’s cycling has changed a lot in recent years; he deserved a world event to match his performance. The Tour de France is an unparalleled global event, which will increase the visibility of our sport. The champions will inspire little girls in the four corners of the world and give birth to vocations, but also to thrill the general public. The team is working very hard to be ready on D-Day and dream of a Yellow Jersey. We can’t wait to be there!  “