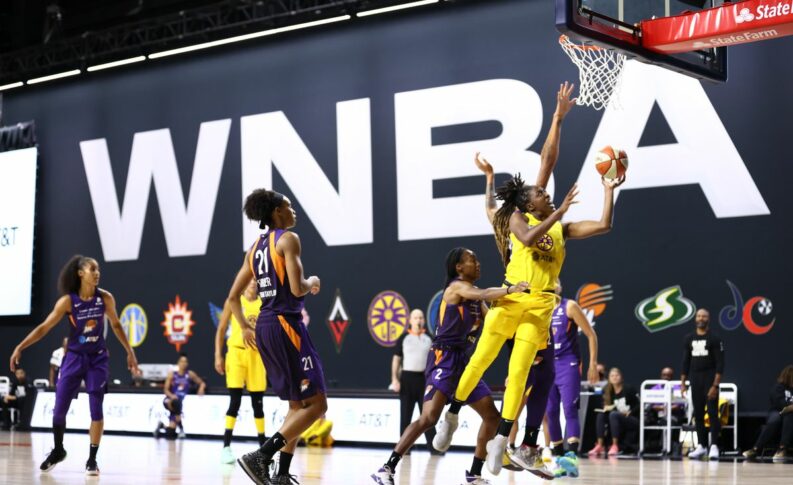 “On behalf of the entire Bally’s Corporation, we are honored to be a part of such an important milestone in the history of women’s sports,” said Soo Kim, Chairman of Bally’s Corporation’s Board of Directors. “Maintaining and implementing a strong diversity, equity and inclusion program is a cornerstone of Bally’s operational values, and we look forward to promoting those values as part of our sponsorship with the Phoenix Mercury and hope that other major corporations follow in our footsteps. We are also excited about the prospect of providing sports fans in Arizona with access to our first-in-class online sports betting platform, and enhancing the way that they engage with their favorite sports pastimes.”

Jason Rowley, CEO & President of the Phoenix Mercury, said, “We are very excited to partner with Bally’s on this enormous step forward in the advancement of women’s sports. This agreement represents so much more than a team sponsorship; it is a reflection of our shared values and commitment to investing in diversity, equity and inclusion. We could not think of a better way to celebrate the Mercury’s 25th year in the WNBA, and what many consider to be the model franchise.”

As part of this agreement, Bally’s will also become a member of the “Phoenix Mercury Changemaker Partners” – a distinguished group of companies that value diversity, equity and inclusion, and back their commitment with an investment in women’s sports at the highest level. Other members of the Mercury’s roster of “Changemaker Partners” include Fry’s Food Stores, PayPal and Verizon.

Rowley continued, “Bally’s and the Phoenix Mercury strongly believe that a groundbreaking partnership of this magnitude accelerates the momentum surrounding women’s sports, creates a bigger platform for the Mercury, while delivering fan engagement on an unprecedented scale in women’s sports.”