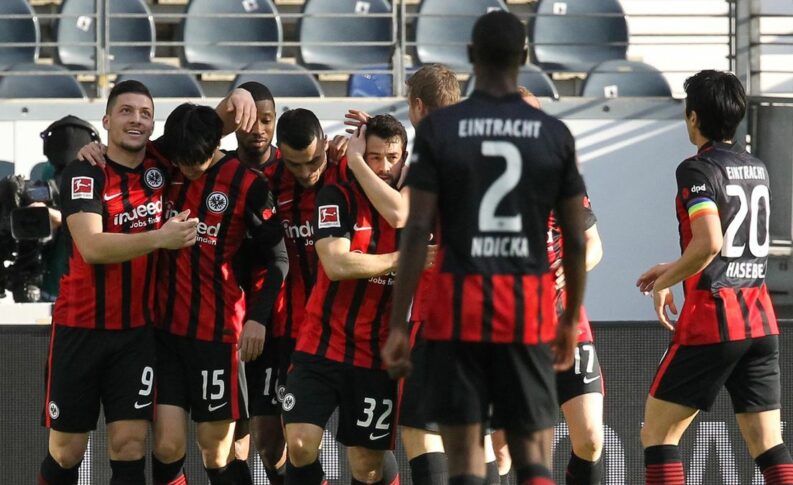 Eintracht Frankfurt have welcomed a new member into their family of partners. In Betway, the club have secured an online sports betting and gaming company that is popular around the globe, and which has also made a name for itself in the sports world through numerous partnerships with clubs in various sports, among other things.

The partnership will see the internationally recognised Betway brand appear at the 51,500 capacity Deutsche Bank Park stadium on both the LED screens and cam carpets. The agreement also promises creation of exciting content, with a focus on bringing fans closer to the action than ever before. Eintracht Frankfurt again qualified for the Europa League, giving Betway wider European exposure within their partnership. The partnership underlines the brand’s ever-growing desire to work with the biggest football clubs and support the most prestigious sporting events.

Anthony Werkman, Betway CEO said: “We’re excited to be partnering with Bundesliga club Eintracht Frankfurt, in a multi-year agreement. Bundesliga is one of the most recognised football leagues globally; therefore, it will be a great privilege to see the growing presence of the Betway brand at the Deutsche Bank Park stadium. With the team again qualifying for the Europa League, the Betway brand will receive exposure across the continent. We’re also looking forward to working closely with the club and delivering exciting content to their loyal fanbase.”

Maik Brodowski, Betway’s Head of Marketing for Germany said: “It’s a great privilege to partner with Eintracht Frankfurt. The club have managed to establish themselves as a real force in the Bundesliga over the past few years. It’s a really exciting time for the team, who again are going to be playing in the Europa League this season and we’re really looking forward to supporting them on their journey, both domestically and in Europe.”

Axel Hellmann, Spokesman of the Board of Eintracht Frankfurt Fußball AG said: “We are entering into a strategic partnership with Betway in a difficult phase, which makes it even more significant. Betway wants to expand its business not only throughout Germany, but also in the Rhine-Main region in particular. We are pleased that we will make a positive contribution to Betway’s further growth with our emotions and brand strength around our club.”