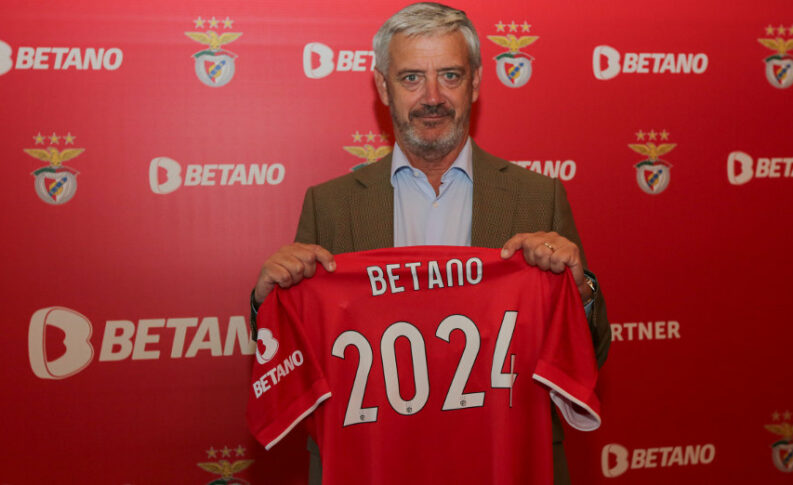 Betano is the first sponsor to appear on the sleeve of the official jersey of the club’s football team, an historic debut which is scheduled for next Saturday in the Portuguese League. The sleeve sponsor will also feature in Benfica’s matches in all European competitions. The sports betting brand joins the restricted nucleus of partners with visibility on the club’s jersey.

In addition to this exposure on the club shirt, the collaboration between the two entities also involves a set of features and activations in Benfica’s various channels, mainly digital.

For SL Benfica CEO Domingos Soares de Oliveira, “This is a partnership with great dimension for the club, with a brand that is well established in sports and entertainment. Betano stands out for its innovation, especially on digital platforms, something with which we identify ourselves. The presence of Betano on the sleeves of Benfica’s official shirts will give even more exposure and visibility to our new Official Betting Sponsor”.

George Daskalakis, CEO of Kaizen Gaming added: ” We are delighted to announce our partnership with Benfica. The Eagles of Lisbon are an incredible organization with a rich history and we are proud to become the club’s official partner in the gaming space. Through Betano, Benfica fans will be able to engage with their favorite team at a new level. We are excited to begin working with this great club and its people, together with whom we aim to undertake common social initiatives like we do with every team we partner with. This sponsorship clearly highlights our strong commitment to the Portuguese market, a commitment that we are determined to continue showing via our sustained support to Portuguese sports and society.”