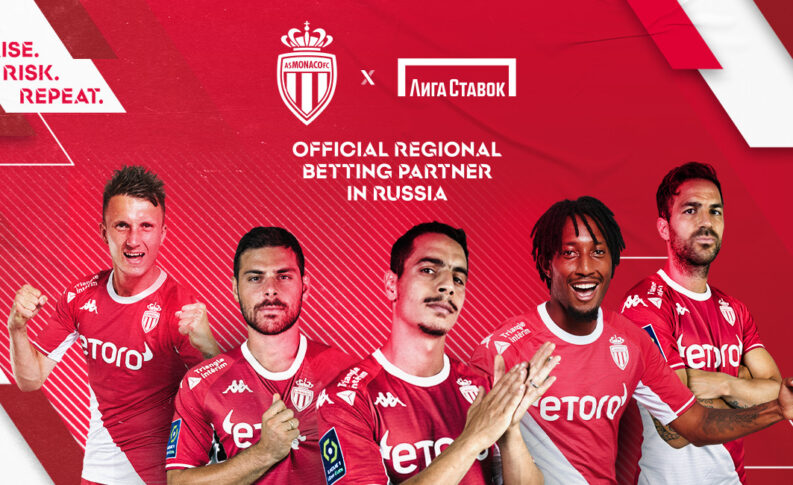 AS Monaco is pleased to announce a partnership with Liga Stavok, one of the leading sports betting companies in Russia, which becomes a regional partner of the club for the 2021-2022 season.

As part of this partnership, Liga Stavok will benefit from visibility in Russia via the virtual LED technology of the Stade Louis-II during AS Monaco’s Ligue 1 Uber Eats home matches, as well as a presence on the Club’s social networks.

This collaboration with the Monaco club, one of the most successful in the French championship, also enables Liga Stavok to strengthen its commitment initiated this summer with Gambit Esports, also a partner of AS Monaco Esports, and whose association has given rise to the AS Monaco Gambit team, which is present at the highest level on the Dota 2 and Fortnite titles.

Particularly followed thanks to its Russian international Aleksandr Golovin, AS Monaco thus consolidates its presence in Russia.

Oleg Petrov : Vice-president and CEO of AS Monaco : “We are very pleased to welcome Liga Stavok as a partner of AS Monaco. This collaboration with a major player in the Russian sports betting market will allow us to strengthen our attractiveness, develop our visibility and offer a special experience to Russian fans of AS Monaco and football.”

Yuri Krasovsky, President of Liga Stavok : “We are delighted to be associated with such an important entity as AS Monaco. The club has a rich history, an impressive list of sporting achievements and an incredible number of trophies to its credit. For Liga Stavok, this partnership is a logical next step in the implementation of our business strategy, which is to strengthen our presence in the international market. We are convinced that our collaboration with AS Monaco will be fruitful and productive!”