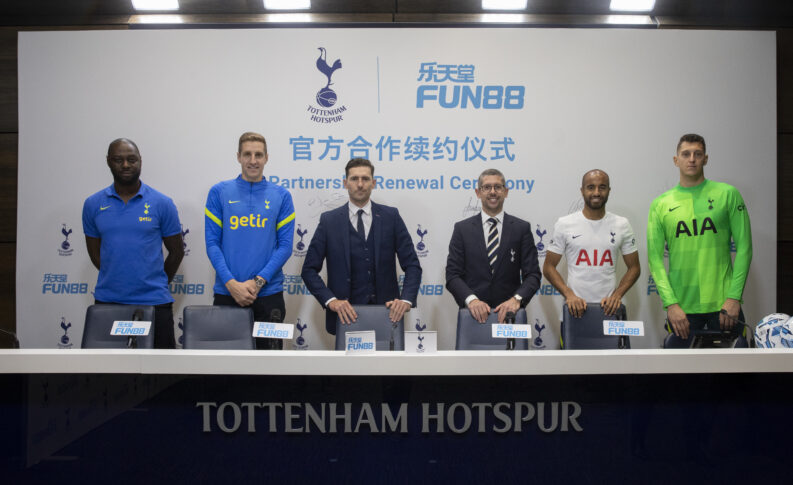 FUN88 has renewed its association with English Premier League football club Tottenham Hotspur as its Official Betting Partner for Asia and Latin America, marking the milestone 10th anniversary of the partnership.

FUN88 will continue its ongoing work with the club across a series of activations to engage with fans in both mature and emerging Asian markets. The brand has also developed a popular presence on social media, bolstered by Tottenham Hotspur’s global following, with thousands of Spurs supporters interacting with its accounts and many benefitting from its competitions and prize giveaways over the past decade.

The cohesive collaboration will also leverage an increasing number of dedicated local channels and promotional activity, all focused on engaging and retaining this established audience both pre-game and in-play.

In addition, FUN88 will renew its branding presence on LED perimeter boards inside the Tottenham Hotspur Stadium, the largest club stadium in London, and amongst the most commercially valuable and premium pitch-side media spaces in the Premier League.

While FUN88 continues to develop its online offerings for sports fans around the world, this latest landmark underscores its commitment to international growth and fostering fan-friendly engagement within a responsible gaming culture.

Todd Kline, Chief Commercial Officer at Tottenham Hotspur, said: “We are delighted to renew our partnership with FUN88, building on a 10-year relationship. We look forward to this next phase and working together to continue to engage our fans in Asia and Latin America.”

“FUN88 is confident that this continued collaboration will help us to consolidate our position as one of the leading gaming and entertainment platforms in Asia. Our members will see much more in terms of Tottenham Hotspur team interaction and exclusive offerings, so keep an eye out for a range of forthcoming campaigns with the club!”

FUN88 provides one of the widest offerings of markets and odds for the sports bettor. Customer satisfaction and entertainment is at its heart, via the latest technology and games, alongside impeccable and personalised customer service.