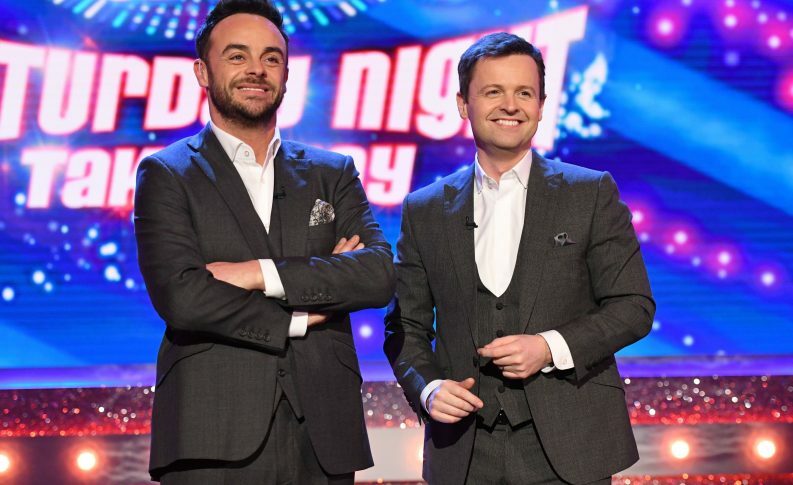 This will mark the second year that The National Lottery and ITV have partnered together to bring stellar entertainment to viewers every Saturday night for three months, this year commencing 25 December.

With the previous sponsorship including a heart-warming cameo from Stephen Mulhern who surprised a Saturday Night Takeaway viewer with a £350,000 funding boost for her National Lottery-supported charity – the new deal will again help to deliver on The National Lottery’s overarching brand narrative: ‘Amazing things happen when lots of people play a little’. It will also build on strategic work to drive awareness of The National Lottery and the £30 million a week it raises for Good Causes.

The exclusive deal, which will welcome the return of a number of Aardman-created larger-than-life idents, includes on-air sponsorship, multi-platform activation and a bespoke licensing package. This also encompasses visibility on the ITV Hub as well as The National Lottery’s and ITV’s owned channels. An aligned content strategy across ITV and The National Lottery social feeds will build on the success of the previous sponsorship campaign, when it fostered new brand advocates and featured interactive formats like ‘guess the song’, as well as competitions such as goody bag and holiday giveaways.

Camelot’s Chief Marketing Officer, Keith Moor, said, “The National Lottery is once again helping to bring amazing entertainment and fun to homes across the UK at primetime on Saturday nights – something that’s in The National Lottery’s DNA given that it has been providing incredible moments of fun and anticipation for its players for over 27 years. Through ITV’s flagship shows, we’ll be reaching some of the biggest audiences – connecting National Lottery games with peak entertainment.”

Mark Trinder, ITV Director of Commercial Sales and Partnerships, said: “The Masked Singer and Saturday Night Takeaway are two of our most iconic shows and part of millions of people’s Saturdays. I’m delighted to welcome back The National Lottery as our sponsors and look forward to bringing even more entertainment to viewers as part of this partnership.”

The agreement between National Lottery operator Camelot and ITV Commercial was negotiated and will be managed by Dentsu. Adam & Eve has led on creative strategy and approach, with ITV Creative heading up production and 360 creative integration of the sponsorship deal.