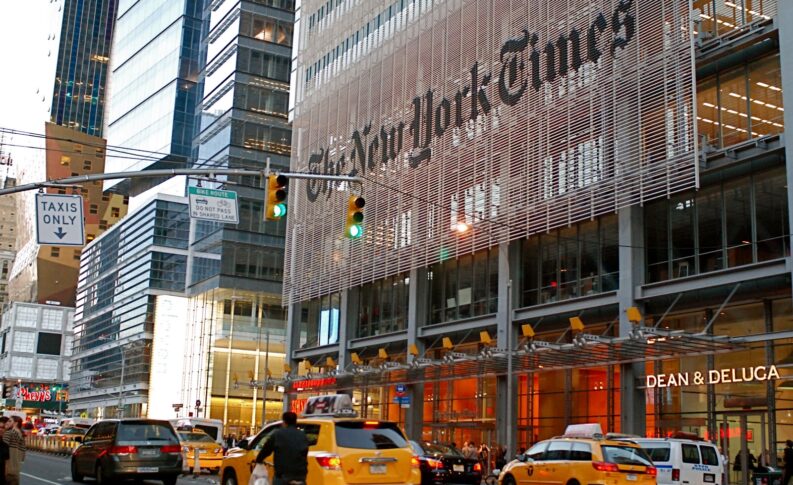 The New York Times is making its biggest acquisition in years.The journalism giant is buying the digital sports outlet The Athletic in a deal valued at $550 million in cash. The company officially announced the deal Thursday afternoon.

Meredith Kopit Levien, president and chief executive officer of The New York Times Company, said, “Acquiring The Athletic puts us in a position to be a global leader in sports journalism and offer English speakers around the world another reason to turn to the Times Company to meet their daily news and life needs.

The Times already provides distinctive sports coverage for a general interest audience as part of our core report. As a stand-alone product, The Athletic will enable us to offer much more — extensive coverage for fans who seek a deep connection to and understanding of their favorite teams, leagues and players. With one of the largest dedicated teams of reporters covering sports globally and a commitment to everyday reporting, The Athletic is a great complement to The Times.”

The Times has been rapidly growing its consumer subscription business, doubling to over 8 million paid subscriptions across digital and print products in the last three years.

Ms. Levien added, “Strategically, we believe this acquisition will accelerate our ability to scale and deepen subscriber relationships.

We are now in pursuit of a goal meaningfully larger than 10 million subscriptions and believe The Athletic will enable us to expand our addressable market of potential subscribers. Alongside our core news report, New York Times Cooking, New York Times Games, Wirecutter and Audm, we’ll have a more robust offering to engage the millions of subscribers we already have and convert many more new ones among our 100 million-plus registered users. Ultimately, The Athletic helps further our vision of making The New York Times the essential subscription for every person seeking to understand and engage with the world.”

The Athletic was founded in January 2016 by Alex Mather and Adam Hansmann, with the goal of providing smarter sports coverage for devoted fans through a subscription model. As of December 2021, the site had grown to 1.2 million subscribers.