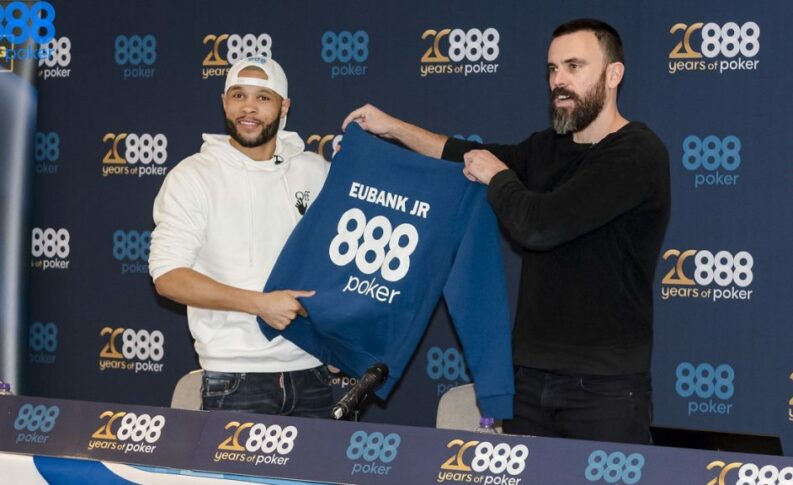 Currently ranked as the World Boxing Association and BoxRec’s number one boxer in the global middleweight division, Chris Eubank Jr. has in recent years cemented his place at the height of world boxing. In 2021, the fighter defeated Marcus Morrison and Wanik Awdijan, and is due to kick-start his 2022 campaign in a highly anticipated domestic clash against Liam Williams in February.

Outside of the ring, Chris Eubank Jr. is an avid and highly-skilled poker player. Previously, he has played in high stake poker games around the world and also made a guest appearance on PokerGo’s high stakes poker series – Poker After Dark.

The signing of Chris Eubank Jr. coincides with 888poker’s 20th anniversary, which will be celebrated throughout the year.  First established in 2002, 888poker has grown to become one of the world’s leading online poker destinations. To date, 888poker has welcomed over 15 million players, dealt over 25 billion hands, and awarded more than $6 billion in tournament prizes globally.

Driven by 888’s product-leadership content strategy and a relentless focus on innovation, 888poker has helped shape the direction of the industry with its innovative approach. This includes its recently launched state-of-the-art, content-rich poker platform that utilises 888’s proprietary technology to put players at the heart of their games.

To celebrate its anniversary, 888poker will host various events throughout the year, including a series of player-focused events with Chris Eubank Jr. More details about these events will be announced in due course.

Chris Eubank Jr., said:“Poker is one of the great passions in my life, so I am delighted to partner with 888poker. For me, the beauty of poker is in its community and 888poker is doing a fantastic job of making poker more about the fun and less about the grind for players at all levels with its user-friendly platform. I’m excited to officially kick-start the partnership in the coming months and can’t wait to meet the 888poker community at the tables!”

Amit Berkovich, VP, Head of Poker at 888, commented: “I am happy to welcome Chris to the 888poker family as our Cultural Ambassador. The authenticity, integrity, and excitement he brings – whether that’s in the ring or at the poker table – perfectly matches our values and creates a great fit for our brand. This is a fantastic partnership and an exciting kick off for our 20th anniversary year.

Like Chris, over the last two decades 888poker has firmly established itself as one of the best in the world thanks to our commitment to constantly improve in order to bring our players the highest level of entertainment. As we look ahead, we have lots planned to support the continued evolution of the 888poker brand which will ensure we continue to deliver fun, creative and exciting experiences to players around the world.”

AS Monaco expands in Japanese market with Casino Secret