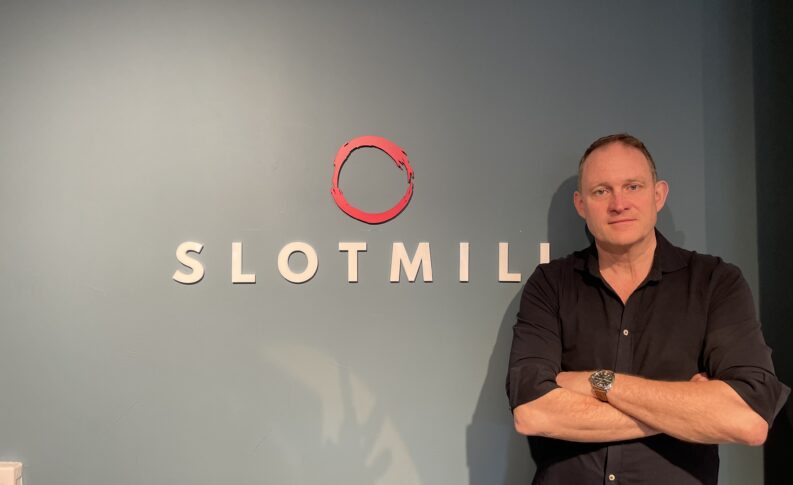 Johan, you hold an extensive track record in the industry. Could you brief us about your iGaming journey so far?

I was at NetEnt for almost eight years whereof the majority as President & CEO. It was a fantastic journey, taking the company from a team of 15 to a multinational organization with almost 400 employees by the time I left. These experiences and insights have been invaluable in setting up Slotmill as costly mistakes could be avoided, and focus maintained on the business side of things.

How did the idea of setting up a slot development company come about?

The ever-shorter product lifecycles for slot games combined with constantly increasing complexity, result in less license revenues and higher production costs. This necessitates a new way of working which was the opportunity in the market that I wanted to address. The company strategy has evolved quite a bit from the initial blueprint and Slotmill today produce feature packed, AAA class games in a fraction of the time it takes our competitors. This incredible achievement is the result of great minds and the use of latest technology.

Starting up a company from scratch in such a competitive industry isn’t an easy task. What were the struggles you faced when setting up Slotmill?

When initially floating the Slotmill idea, there was concern regarding the market being over-crowded and that distribution would be difficult. It turned out however that recruiting was a key challenge during the early days. The lucky break came when NetEnt and Yggdrasil closed their Stockholm studios in the spring of 2020, enabling Slotmill to build a fantastic team of top talent holding decades of industry experience. The team was given complete freedom to design processes, tools, and frameworks. Not only has this created a dynamic environment of innovation and creativity, but it has also given Slotmill a distinct competitive advantage and the response to the Slotmill games among both operators and players has been fantastic.

Although still relatively new, Slotmill has taken the industry by storm. What is secret behind the success?

In short; Quality over Quantity. Every game is unique and features full HD graphics and several integrated excitement-enhancing features such as “Fast Track” and “Burst Mode”, which has resulted in uniqueness and secured Slotmill a competitive edge. However, what really sets Slotmill apart is the meticulous attention to detail. Virtually all employees are slot-players themselves whereby they understand the importance of the player experience. Timings, how buttons respond, UI-layout etc are tuned to feel “just right”. These are things you can’t really put your finger on, but the result is instantly noticeable and insanely important.

We have seen several established slot suppliers deploy a volume-strategy and in effect dilute their brands to the point where even I can’t recall a single game they’ve released in the last couple of years. It’s sad, although at the same time it has opened opportunities for companies like Slotmill.

Slotmill is currently certified for four markets. Do you plan on certifying for more markets and if so, which?

Correct, currently the Slotmill games are certified for Sweden, Latvia, Lithuania and Malta. Slotmill is also working on certification for Romania which will be completed shortly. At present, the games offer support for 17 languages and another four languages are being added as we speak. On the back of this, it would not be surprising if the games are certified for more markets, but it is very much driven on a business case basis.

What are the future plans for Slotmill?

To continue delivering fantastic games and extend the market presence. Slotmill has signed some super deals to date, and there are agreements currently in the making that vastly will extend the Slotmill market presence. The goal is to remain agile and responsive to market trends and customer demands which is achieved by production times of around just 8 weeks. A flat organization, delegation of responsibility and an efficient “modus operandi” combining in-house developed tools with exploiting the opportunities of the latest technology are the key secrets behind this.

Can you share some information about the 2022 product roadmap?

Slotmill will be releasing some seriously cool games and features during 2022 including a function we’ve given the project name “Instaplay” – more information will be released in due time. Slotmill has a production pace of 8-10 unique games per year and at any given point in time the roadmap holds details of the coming three games. New concepts, mechanics and features are constantly explored. This combined with short production times and a framework for rapidly taking new innovations to the market ensures that Slotmill stays ahead of the curve. As evident we work hard to create a diverse portfolio of games in order not to be pigeon-holed or viewed as being “one-trick-pony”.

Time is the ultimate critic