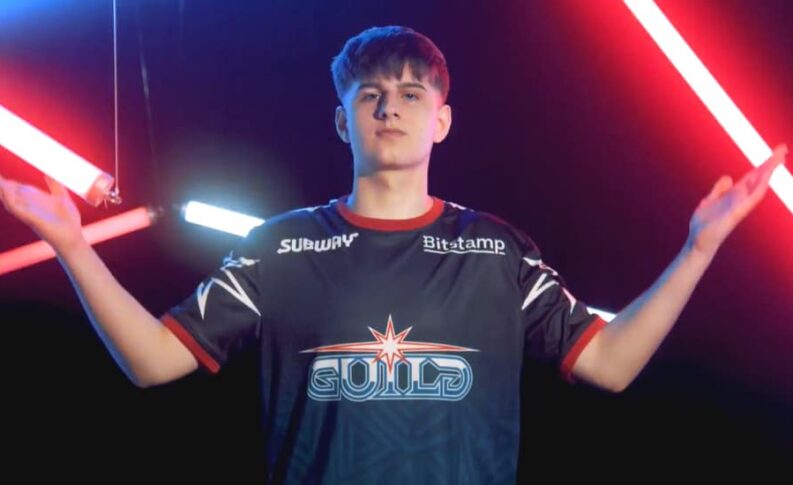 Guild Esports have revealed their new jersey that will be worn by all their esports teams.

The UK esports organisation, backed by David Beckham, said in a press release the launch is ‘part of a major year’ for the organisation, with Guild set to open their global HQ in London this summer.

The design of the new jersey centres around Guild’s star iconography and colours, as the jersey switches white for a darker look. It’s a far cry from the Guild 2021 jersey, which divided opinion. Reaction to the new darker jersey has been much more positive on social media so far.

The star is the main focus of the new design, with the body of the jersey featuring a ‘deconstructed geometrical abstract star pattern’, inspired by street art and mural artists like Aaron De La Cruz or Keith Haring.

Then, the star design on the shoulders is reminiscent of the look of shoulder pads used in American Football.

This new look was created by Guild’s design team, who wanted the jersey to take influence from prominent designers, traditional sports and esports. It was modelled by various members of the org, including Fortnite player Hen (pictured above), who won Guild their fifth major trophy after taking first place in the FNCS EU final earlier this year.