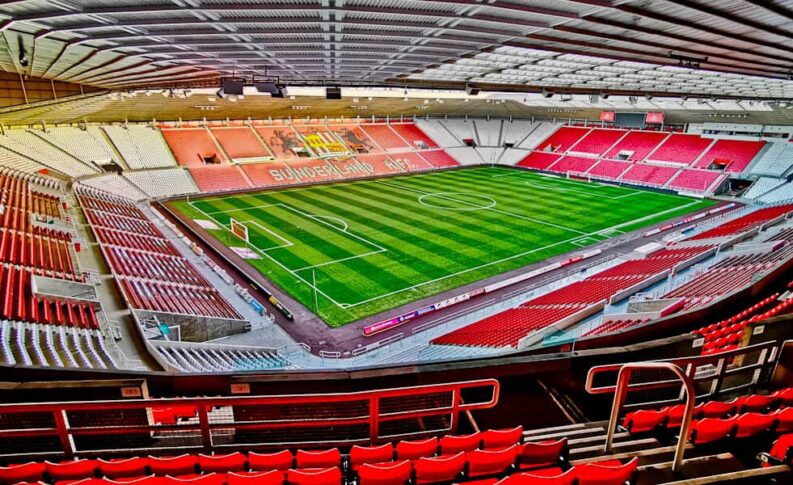 Sunderland AFC have named Spreadex as the Club’s new principal partner ahead of the 2022-23 season.

A UK-based financial trading and sports betting firm, the three-year partnership will include the Spreadex Sports logo adorning the Club’s home and away shirts until summer 2025.

The deal also includes LED perimeter board advertising, a presence across SAFC’s digital media platforms and a commitment to work alongside the Club on a range of community and charity-based initiatives.

The only company in the world to offer customers access to financial trading, as well as sportsbook betting and sports spread betting, Spreadex will also be running a range of fan engagement activities, including competitions and promotions.

The firm, which now employs more than 150 staff at its St Albans headquarters, has been operating since 1999 and is regulated by both the Gambling Commission and Financial Conduct Authority due to its unique product offering.

David MacKenzie, CEO of Spreadex, said: “We are overjoyed to be partnering with Sunderland AFC at such an exciting time for the Club after their promotion back to the Championship. At Spreadex, we have also seen strong recent results as we continue to grow as a company and we look forward to working closely with SAFC – and their fans and community partners – during this long-term deal. One initiative we will be introducing immediately is a pledge to donate £100 to the Club’s designated charity for every home goal scored by the Black Cats throughout the upcoming season. We will also be looking to launch other charity initiatives in the coming months.”

SAFC’s Chief Operating Officer, Steve Davison, added: “We are all delighted to welcome Spreadex as our new Principal Partner and look forward to building our relationship with them throughout the next three years. It is set to be an extremely exciting campaign for the Club as we return to the Championship and this partnership will also support communities within the City of Sunderland through a range of innovative initiatives.”