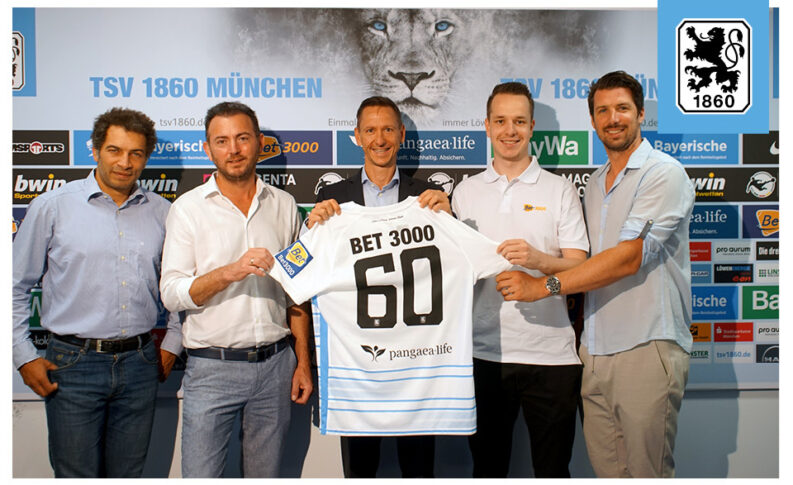 TSV 1860 Munich is already in its sixth season with Bet3000. The sports betting provider was initially a premium partner, since last season it has been involved as an exclusive partner and has also been a sleeve sponsor on the lion jerseys since 2019.

“The team, everyone in charge and all the fans of TSV 1860 Munich show a lot of enthusiasm for their club. We also live these values ​​in our company,” says Metin Türk, Head of Marketing at Bet3000. “They are an important reason for the positive and productive partnership between sixty and us.”

The high brand and media value resulting from the nationwide popularity of the lion led to a win-win situation for both sides. “The successful development of TSV 1860 Munich in the recent past is promising.We would like to accompany them on this path – preferably in a higher league,” says Metin Türk. “That’s why we have not only extended our exclusive partnership, but are also expanding our cooperation with TSV 1860 Munich and wish the club a successful new 2022/2023 season.”
1860 managing director Marc-Nicolai Pfeifer welcomes the further intensification of the cooperation.

“Bet3000 is an extremely trustworthy and reliable partner and has now further expanded its commitment and has been able to continuously increase its brand awareness – both regionally and nationwide. The individually developed, creative activation concepts of our marketing and sales departments convinced the decision-makers at Bet3000 to increase sponsorship. On the one hand, this is proof of the potential that the lions offer, on the other hand, it reflects the trust of our exclusive partner.”