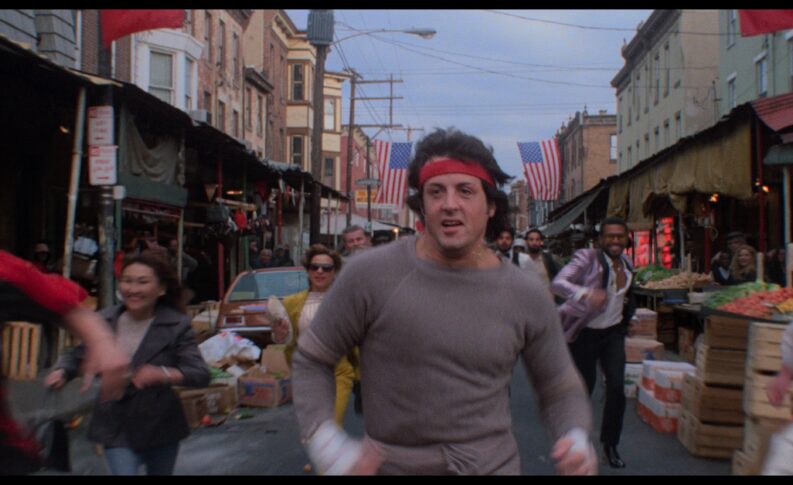 Ladbrokes is today launching a blockbuster film with one of the most ambitious uses of VFX ever. In a world first application of bespoke created technology, viewers will see Rocky’s famous run in an entirely new way.

Using the original famous footage and backdrop of Philadelphia from Rocky II, a current day cast of characters replaces the original crowd, joining Rocky on his iconic run, ending with the big steps finale.

Titled ‘Rocky’, UK entertainment brand Ladbrokes has achieved the biggest character replacement in Hollywood history by digitally replacing the original cast with hundreds of modern sports people, drummers, horse riders, drag queens, dancers, gymnasts and many, many others. The film ends with the brand’s line ‘We Play together’.

The campaign is the latest work for Ladbrokes by neverland, the brand’s lead creative agency and follows, ‘Balloon’ and ‘Drummers’. It will launch in a media campaign planned and executed by the7stars on August 19th, the day before the Anthony Joshua v Oleksandr Usyk fight.

The launch film will run during flagship entertainment programmes including House of the Dragon, Gogglebox and The Last Leg, as well as accelerated YouTube activity during the launch weekend. The TVC will also feature in top Premier League fixtures on Sky and BT Sport over the weekend, culminating with a spot at full time in the Manchester United v Liverpool match on the 22nd of August.

UK brand marketing director of Entain, James Kennedy says: “Creating this campaign has been incredibly challenging and exciting.  Under our endline of ‘We Play Together’ we’re bringing more entertainment and shared experiences to Ladbrokes, and we love to do this in unexpected ways.  This scene is one of the most iconic in movie history and the Rocky Balboa character is a legend of the silver screen, so mixing things up with this piece of movie magic has been a lot of fun. We’re backing Rocky all the way!”

Jon Forsyth, founder and acting executive creative director on the campaign at neverland said: “This is the most audacious and exciting creative idea I’ve ever been a part of. I can’t even begin to convey the amount of time, craft and skill that has gone into making this. It sets a new benchmark in film making and I take my red headband off to the talent who have made this crazy idea a reality. Knock out.”

Joe Lee, planning director from the7stars says: “We’re incredibly excited to bring Rocky and the World of Play to the masses, matching the level of production with an unmissable media strategy! We’ve worked closer than ever with our media partners to bring Ladbrokes’ new brand approach to life.”

The ground-breaking film was created by a team of movie specialists who painstakingly went through the run scene of Rocky II and digitally removed all the original cast apart from Rocky. They mapped out the locations and camera movements of the film to allow them to film a new set of characters which could be placed back seamlessly into the original film.