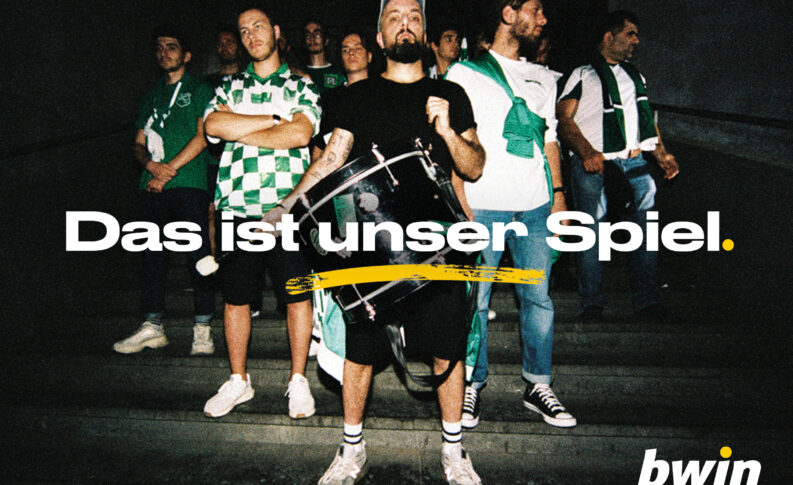 Football fans across Europe have an exciting season ahead, as the most important club competitions in European football – the UEFA Champions League, UEFA Europa League and UEFA Europa Conference League – are now up and running.

bwin’s latest ‘Love Knows No Boundaries’ campaign is all about the fans – bringing them together through the love of football. A short film is the centrepiece of the campaign, featuring real fans from across different cultures where they talk about their passionate love for the beautiful game, their football clubs, the special thrill of an away trip, and their most memorable moments as a fan.

The launch of the campaign reinforces bwin at the heart of Thursday night European football, as the brand enters the second year of its proud partnership with the UEFA Europa League and Conference League.

The campaign will go live on TV, online, and in stadiums across 7 of bwin’s key markets¹, localising it for each customer audience. bwin’s customers will be able to follow their favourite teams throughout the tournament as the competition heats up and ultimately culminates in Budapest and Prague.

Stephan Heilmann, Managing Director Europe at bwin, comments: “With the Europe-wide rollout of our new campaign, we at bwin are taking an important step towards an internationally uniform and distinctive brand positioning for customers. This will see us consistently position bwin in premium environments throughout national and international football to make it visible to our customers wherever the ball is rolling.

“By partnering with the UEFA Europa League and the new UEFA Europa Conference League, as well as the DFB competitions and our club partners, we have created an important basis to emphasise our claim as market leader in terms of quality and responsibility. From this platform, which also includes corresponding partnerships in other countries, we aim to reach fans in regulated sports betting markets around the world.”