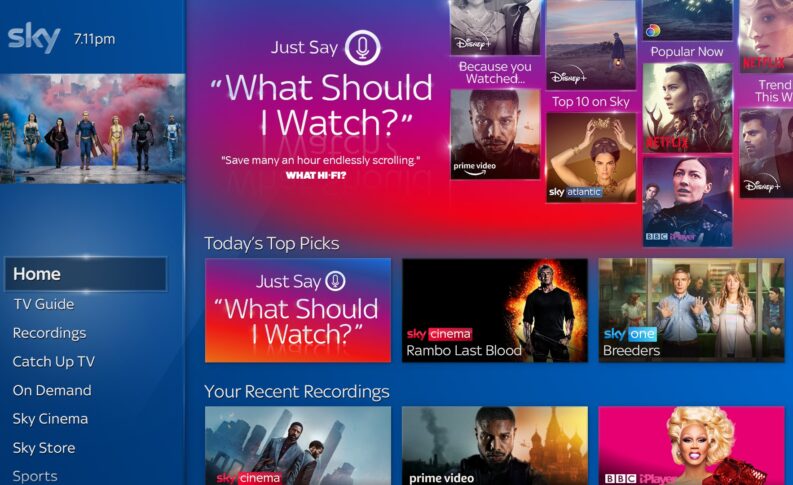 Guild Esports , a global team organisation and lifestyle brand, is pleased to announce the signing of a three-year global sponsorship agreement with Sky UK Ltd, one of Europe’s leading media and entertainment companies.

This deal is Guild’s largest to date and is payable exclusively in cash via instalments over the period of the contract. It is the eighth revenue-generating sponsorship signed by the Company since its IPO on the London Stock Exchange.

The deal is understood to be one of the largest ever esports sponsorships signed in Europe and will see Sky become the Official Premier Partner of Guild Esports. It is also Sky’s first agreement with an esports organisation and becomes effective from Monday 26th September, 2022.

As part of the partnership, Sky gains exclusive naming rights to the Company’s 9,831 sq ft head office facility in London’s Shoreditch. In addition, it has been appointed as Guild’s Official HQ Partner, Official Wi-Fi and Broadband partner, and the Official Network Provider.

Sky’s branding will appear prominently on Guild’s team jersey and will be displayed across both the interior and exterior of the HQ, which will be renamed the Sky Guild Gaming Centre. Sky’s next-generation ultrafast, full fibre broadband and Wi-Fi will also drive Guild’s internet and telecoms communications links across the organisation as well as for its Academy and fanbase engagement.

David Beckham, Investor in Guild Esports, said: “It’s great that Guild Esports has a fantastic new partner in Sky and I’m pleased to welcome them to the Guild family.”

Kal Hourd, Chief Executive of Guild Esports, said: “We are incredibly proud to welcome Sky, a media, entertainment and connectivity powerhouse, to the esports sector. We believe this partnership will drive Guild to the highest levels of performance in top-flight esports across the four games where we field our pro-players, as well as to become a global leader in coaching and performance.
“As our Official Premier Partner, we are proud to display Sky’s logo and branding across our players’ jerseys and our London HQ as well as use its next-generation ultrafast, full fibre broadband and Wi-Fi.

The partnership will allow us to invest not just in player performance, but in our long-stated goal to become a global leader for women in esports, starting with the launch of our all-female Rocket League team, encouraged by the huge success of our Valorant X team. Our shared values are an excellent foundation for a strong partnership, and we look forward to working with Sky over the next three years.
“This landmark partnership with Sky not only underlines Guild’s strength and value proposition as a top European team organisation to major brands but is also a testament to esports’ mass popularity as the fastest growing form of sports entertainment with a young and passionate global audience.”

Stephen van Rooyen, EVP & CEO, UK and Europe at Sky, said: “Sky transformed the way families watch TV, now we want to transform the gaming experience. In esports every second counts, so Sky’s full fibre broadband will be perfect for Guild’s gaming HQ. Speed and reliability, hallmarks of Sky’s broadband service, will give the Guild team and gamers across the nation the edge over the competition.”