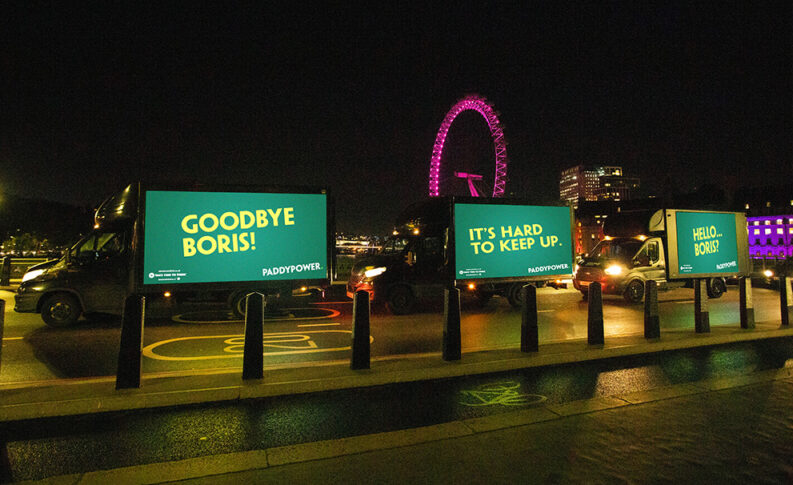 Londoners were left doing a triple take after an unsual fleet of vans headed to the Houses of Parliament. And no, they weren’t removal trucks.

The troop of vehicles poked fun at the utter state of chaos in UK politics as the odds on former Prime Minister Boris Johnson returning to office were slashed following Liz Truss’ resignation.

With the government finding itself once again in a state of flux just 44 days after Boris was replaced, the first van carried the message: “GOODBYE BORIS”.

This was followed in hot pursuit by another that read: “IT’S HARD TO KEEP UP”.

Bringing up the rear was a third van, with a display that read: “HELLO…BORIS?”

BoJo had been heavily backed all evening, with odds contracting from 14/1 at lunchtime into 9/2 (at the time of writing) – a swing that according to the odds, reflects a tripling of his chances of making a shock return to the role.

Former Chancellor, Rishi Sunak, is the heavy favourite to be the next [temporary] resident of Number 10, and the UK’s third Prime Minister of the year. Penny Mordaunt and Ben Wallace are also in the running to replace Truss.