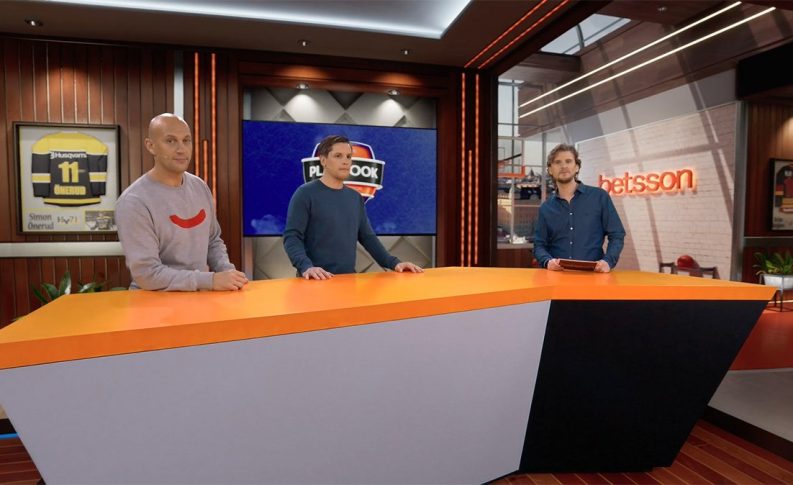 The organic growth was 35 percent compared to the corresponding quarter last year, again generated mainly by the regions Latin America and Central and Eastern Europe and Central Asia (CEECA). Another growth factor in the quarter was high sportsbook turnover, partly because of the early start of the European football leagues in August, due to the upcoming FIFA World Cup in November-December.

I am particularly pleased with the high growth overall given the fact that we have not had any revenue from the Netherlands, where our license applications are still being processed.

The sportsbook continues to develop into a more important part of the total business for Betsson thanks to investments in the past years to strengthen the product and to expand geographically to markets with structural growth potential. The gross turnover in the sportsbook increased by 29 percent and the margin was 8.3 percent in the quarter. The margin is in line with the previous two quarters this year, but somewhat higher than the average of the last eight quarters of 7.7 percent. To illustrate the momentum that we are experiencing in the sportsbook, it’s worth mentioning that eight of the ten best days ever in terms of turnover have occurred since the beginning of the third quarter this year.

Betsson continues to deliver on the growth strategy, which is based on geographic expansion and diversification, and in August an online casino offering was launched on the regulated market in Mexico. This is a soft launch so far, but marketing will increase during the fourth quarter and especially during 2023 and we see considerable potential for this market in the long term given the size of the economy, the population, and the low level of online gaming penetration in the country.

As always, there has been a high level of activity on the product and technology side during the quarter. Our horse race betting product, under the Racebets brand, was strengthened and a new sportsbook app was launched for Betsson on several key markets – just to mention a few things.

Italy continues to be a shining star for us within the region Western Europe, and during the quarter a new sports betting product was launched, and two new sponsorships were entered with the football clubs Salernitana and Palermo. This means that we now have sponsorships with six geographically diverse Italian teams – in addition to the two clubs mentioned also with Milan, Roma, Torino and Sassuolo.

Betsson’s business has historically been relatively unaffected by the general business cycle and so far, we have not seen any signs of weaker demand due to the general macroeconomic situation. We are excited as we look forward to the rest of the fourth quarter and the World Cup in football, which has good chances of becoming the biggest sports event ever for Betsson.