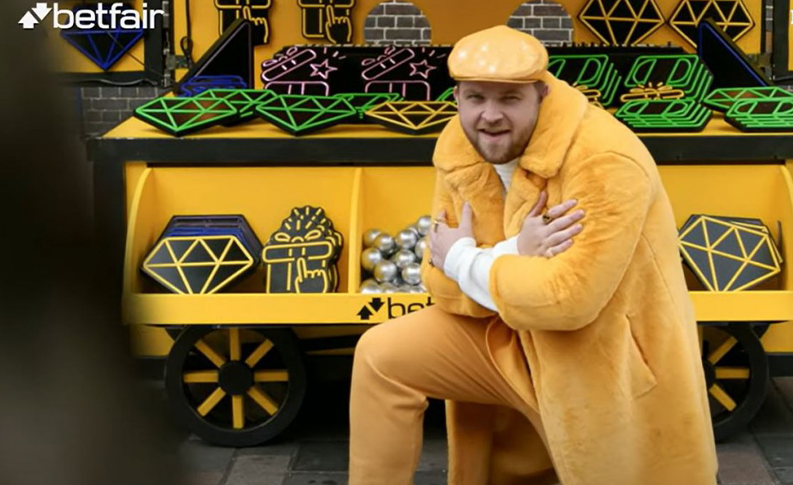 Betfair has launched its latest TV ad titled Prize Pinball Jackpot. The ad was shot and produced by Pablo London, and follows Betfair’s recent ‘Finger Ball’ campaign which launched ahead of the 2022 World Cup.

Betfair said: “Imagine if a British market stall seller had a baby with the greatest Vegas performer of all time, then that offspring would be Brett Flair.” Born and bred on the streets of Camden and decked out in a Del Boy-inspired sheepskin coat and gold medallion, Betfair says he aims to “bring a bit of flair to your everyday life.”

The first spots to use Brett will consist of two 30-second TV ads promoting the slot games Spin Til you Win and Prize Pinball Jackpot. The ads feature Brett singing his own version of I Want It That Way by The Backstreet Boys. Radio and digital out-of-home (DOOH) ads and sponsorship idents will support the TV ads, along with social content and digital activity.