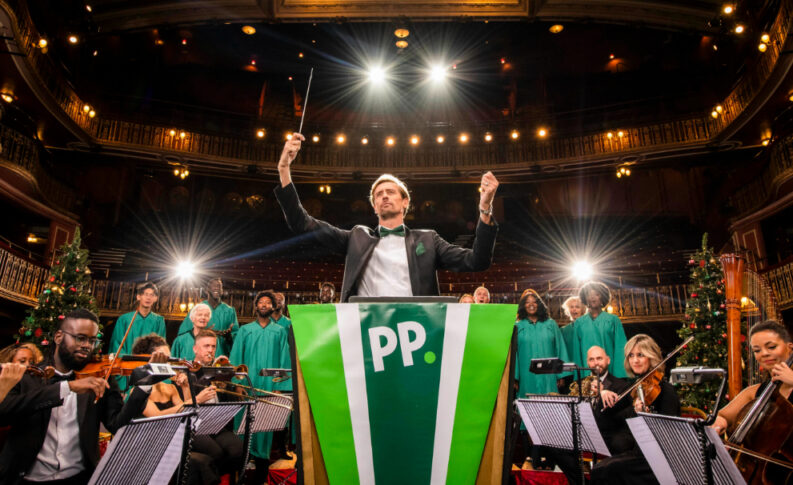 We’ve all heard of the big man, little man combo in football but we’ve decided to take it a step further at Paddy Power this Christmas.

The quality of England’s football has seen a marked improvement over the last few years – and we think it’s about time the chants got an upgrade too.

So, in a move Gareth Southgate would be proud of, we’ve paired our pal Peter Crouch with Britain’s Got Talent icon Paul Potts to form an unlikely duet for a World Cup Christmas Album.

If that isn’t enough, there’s also a special version of the 12 Days Of Christmas – updated for the World Cup with name-checks to the likes of Harry Kane, Declan Rice and Jude Bellingham.

The album also features a guest appearance from opera star and Britain’s Got Talent sensation Potts, who mesmerises with his version of ‘You’re Not Singing Any More’.

100 per cent of the profits from the charity album will be donated to Stonewall in support of their campaign to tackle LGBTQ+ oppression in Qatar.

Paddy Power have also committed to a minimum donation of £25k to help Stonewall’s campaign.

We’ve previously worked with the charity on the Rainbow Laces campaign which brought visibility for LGBTQ+ people in sport and raised awareness of experiences on and off the pitch.